Clash of Clans: How to Begin

If you're new to the game, here are the main points to keep in mind: 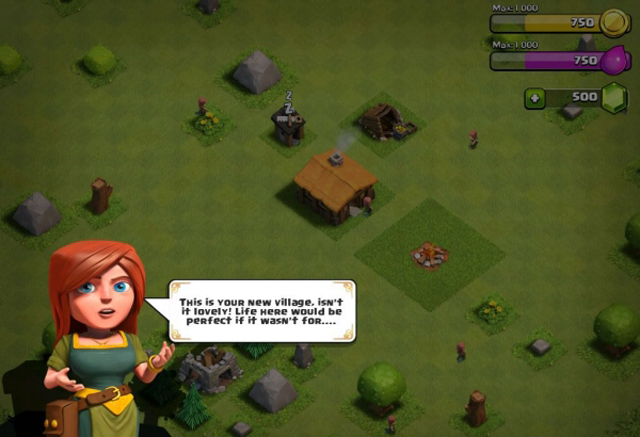 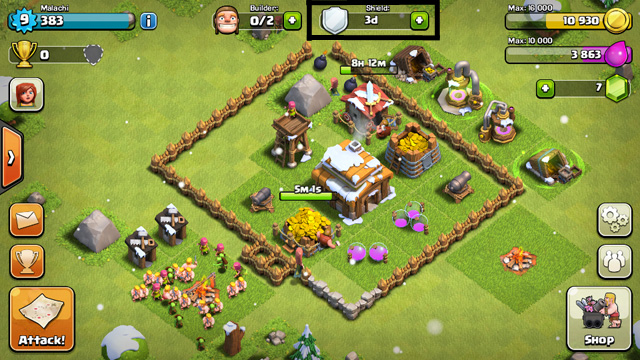 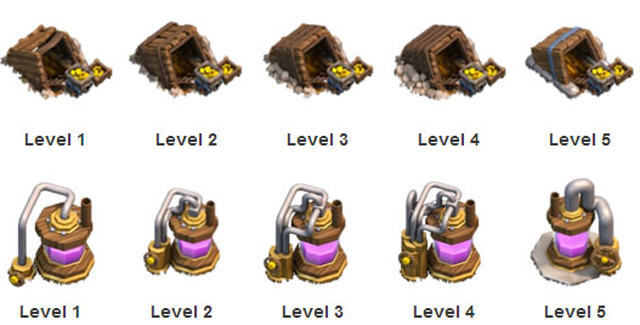 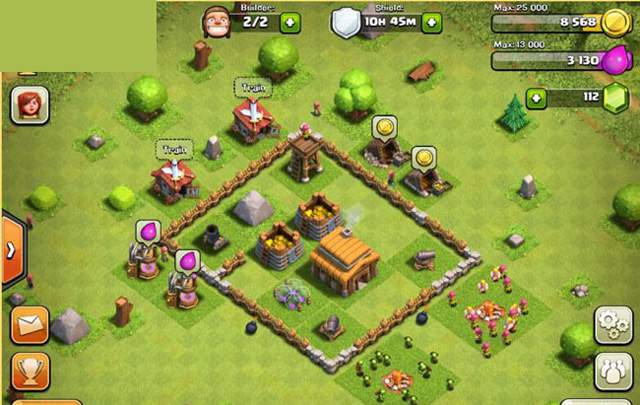 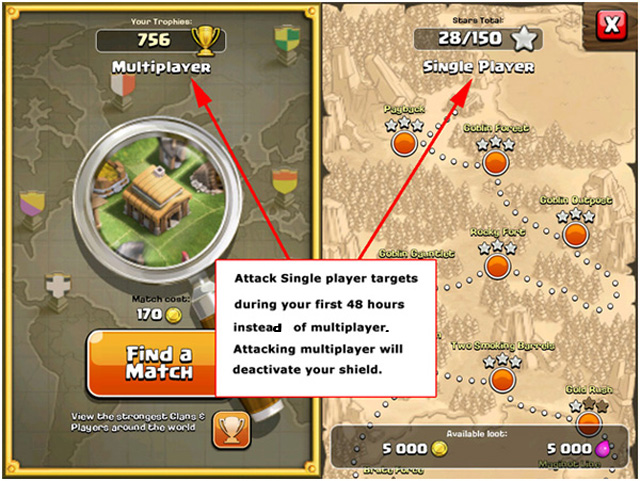 Things you Should Know:

What happens when you're attacked?

When you lose a battle, you lose trophies. If you successfully defend yourself, you gain Trophies.
All damaged buildings get restored after the battle, so don't worry.

A trophy and a number in the upper left is your skill ranking system. If you lose a battle or a defense you lose Trophies. For every win, trophies are gained. The higher the percentage of a person's base you destroy, the higher number of trophies gained.

What are Gems?
Gems are the currency of the game. You start off with 500 Gems.
You gain gems by either buying them as an In-App Purchase, or finding them by clearing your map of debris (Flowers, Trees, Rocks and Boulders). The debris will slowly regenerate, giving you multiple opportunities to discover Free Gems.

Resources allow you to build, upgrade, and research. Resources are what the game revolves around.
GOLD is used to build and upgrade the following; Clan Castle, Town Hall, Walls, Traps, Defense structures, Elixir extractor and Storage buildings. Gold is considered the most needed resource because of the high requirement (over 2,200,000,000) it takes to fully upgrade your walls.
ELIXIR is used to train and upgrade Troops, create Spells, upgrade Gold Mines, Gold Storage, Army Camps, Laboratory, and Spell Factory.

What are Shields?
At the top center part of your screen you will notice a Shield indicator. If it says "None" you're vulnerable to attacks. If you've recently been attacked (and lost), or you're still under the first 48 hour shielding, you will see a Counter. The counter indicates how much time is left that nobody can attack you.
Shields can also be purchased for gems. There are three types to choose from and each has its own cooldown before it can be purchased again.

Your Troops
Keep in mind that when you build troops they do not help you defend your base during an attack. Troops are used to do your own attacks (in single and multiplayer games).
When you attack in Multiplayer or vs. Goblins (single mode), the troops you deploy will be expended; therefore, you will have to rebuild your army each time an attack is made. The reason they do this is to keep the game balanced.

Is there a way to control my army?

When you go into battle you select the unit you wish to deploy first. Each unit has their own path and default target. Here's a cheat sheet:


Copyright © 2015 Jayisgames. All Rights Reserved. Do Not Copy. Protected by Copyscape.

It MIGHT be a good idea to show only a teaser-part of the guide on the main page. As you do with the games.

I agree with Ristina - a Read More button for stuff like this not only hides spoilers, it also helps keep stuff like the main page a lot cleaner.

At the current moment, the front page is pretty long thanks to just this post.

For unknown reason (we're working on that) the read more does not work there while it works if you look at the same article in 'Mobile' category.

I Just Started This LAST WEEK!!! I dearly wish you posted this Sooner!!!!!!

Hello Nathaniel, I'm glad to read you. We have 12 articles ready soon which explain the game, strategies etc.