With constant talks of companies copying games from other companies, it's nice to see one actually ask permission first. Such is the case with NIAsoft and their authorized remake of Christian Steinruecken's The Alchemy Game, originally released back in the late 90s and still available to download and play. Now Alchemy Classic comes along, updating the Doodle God-like gameplay without tooling with the original too much. There is one major difference, though: you can combine more than two elements at a time! This added aspect of difficulty combined with a slick interface and the low-low price of free makes Alchemy Classic a must download for Android users. 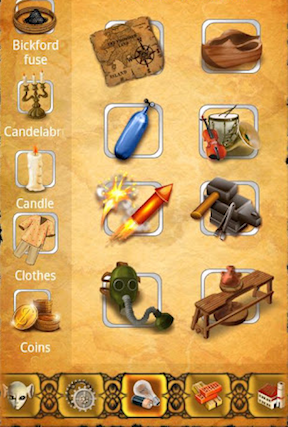 You start the game with just four elements: air, fire, water and earth. Simply touch and drag them around the screen, placing them on top of each other to attempt a combination. If they mix, a new element will appear, automatically stashing itself in your inventory for later mixing. Once you have enough elements you'll have to use the column sorting tabs to choose the element group you're looking for, then drag them around to find the right combinations (and, yes, sometimes the right order as well). Your progress out of the 462 elements to discover is listed at the top as well as the number of hint points you have. Hint points allow you to buy valuable information on the make up of an unlocked element: either the group a particular component comes from or (at a higher cost) what the element actually is.

What NIAsoft has done with Steinruecken's game is wonderful. They didn't just take the game outright and publish it, they polished its look, gave it an intuitive smartphone interface, and added extra content. While Alchemy Classic plays well and is entertaining, it's unfortunate that many of the elements are locked and only available through outright purchase with either 'real' money or an in-game currency. If you're not willing to go through that to unlock everything, this game can still give you hours of free entertainment, and it will certainly have you feeling like a god with a chemistry degree. Just don't be surprised if you find yourself dusting off your old high school chem notes.

NOTE: This game was played and reviewed on a Droid Razr. Game was available in the North American market at the time of publication, but may not be available in other territories. Please see individual app market pages for purchasing info.

In fact, pretty sure alchemy classic was ported first to android than doodle god.

Things must have changed over the course of a year, because certain combinations like

don't work for me.

Oh, never mind. It's because they're locked. It might be helpful to mark the items that are locked with an asterisk or something in the walkthrough.

Thanks, JiG people, and to NIAsoft I say "meh."

ray9na -
I didn't realize until after I'd written the walkthrough that after buying the extra pack, I then didn't know which items were originally locked and which weren't. I will go back some time and add a note to those items you mentioned. Thanks!