Wait, hold on. You don't look serious enough to play this hidden-object adventure. Gimme a scowl. Now, like... hunch your shoulders a bit and loom. No, think more serious... grimmer. Once you're doing your best Mad-Eye Moody impression, you're ready to play Elephant Games' Grim Tales: The Vengeance, whose opening sequence is so mysterious and dramatic and strange it's like what you'd get if you put the opening cinematic from Final Fantasy 8 and a bunch of Dean Koontz novels in a blender. At the start of the game, you've just received a frantic phone call from your nephew James, who's been arrested under suspicion of murder when his sister Elizabeth goes missing. While James is headed to trial, you're in a unique position to help find the true killer, since you are not only a detective, but also have the ability to "move into the past", which the newspapers are surprisingly blase about. In the courtroom, you'll have to use your unique powers to sort through the evidence you're given in hidden-object scenes, and then travel into the static past connected to each object you uncover, where you can explore and search for clues and solve puzzles. Good thing time stands still in the courtroom for your while you're on your wibbly-wobbly, timey-wimey time travels... Phoenix Wright never had it so good! 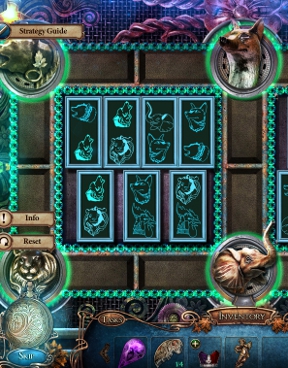 It may seem like a goofy story concept, but darned if it doesn't make for some great scenes and twists, especially once you find out that you're not alone in your time traveling, and some mysterious entity seems to be determined to stop you from uncovering the truth. Hey, if you can accept half the stuff that goes on in your typical casual adventure game, then magical aunties and courts willing to take "my psychic time powers told me so" into evidence don't seem so out of place. Each place you travel to is a different point in time and vibrant, filled with clues and cutscenes to keep you interested. The art this time around is exceptionally gorgeous with lavish illustrations, rich colours, and beautiful effects. On the gameplay side of things, well, The Vengeance isn't half as creative as its plot, and most of it you could probably do with your eyes closed. Tracked down one arbitrary objects to clear away something you "didn't want to get your hands dirty with" in order to proceed, track down 'em all, amirite? That's not to say gameplay is boring or overly simple, just that it's by the book in the way the story and presentation is not. To be fair, you'll find a lot of collectibles to gather if that's your bag, and the game goes out of its way to be user friendly with its difficulty settings and helpful map that will show you places you can act in, as well as transport you there with a click. 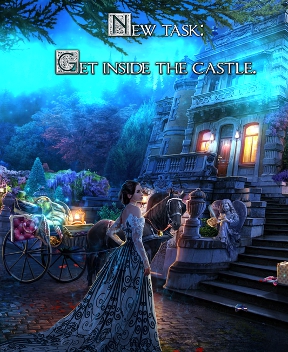 Each place you travel to has a different set of clues you need to find in order to proceed, and they shed light on the story and characters in the process. There were even a few unexpected jump scares which were executed nicely, and honestly scarier than the game's Big Bad, who, for all his threats and bluster that you should "stop while you still can", rarely seems to do much to try to do more than hamper you for a moment or two. You can, however, expect to do a rather formidable amount of backtracking as you carry items to and fro to unlock various things in each area, but despite a lot of busywork, the game still feels like a big, meaty adventure. It doesn't lay all its story cards on the table right away, which is nice, and it keeps you guessing as to what's actually happening and why. The evidence you present to the court always seems a little silly, since a lot of it boils down to, "here's a nice note he once wrote someone years ago". Still, for all its cheesiness, Grim Tales: The Vengeance is a wonderfully enjoyable, engrossing mystery adventure with just the right amount of chills and an incredible amount of production value. Give the demo a try and see if you can uncover the truth about Elizabeth's disappearance... it's definitely far stranger, and more complicated, than meets the eye.