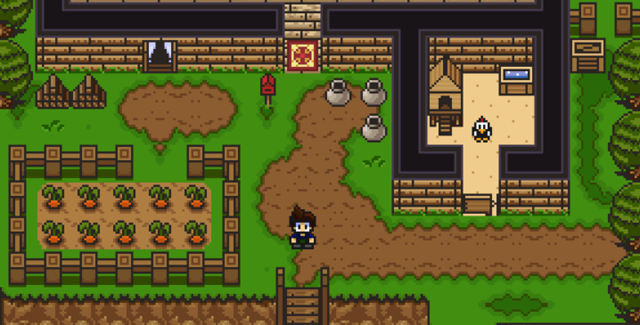 The world of Gaia is certainly a strange one, but also one where there are few dull moments. The story begins introducing us to Jhet, a lonely farmer who is but a boy, yet has inherited the massive responsibility of his father's farm after his father's death. We're not given much information about the untimely nature of these circumstances, but instead jump straight in to try and help Jhet find his footing in a world where he has big shoes to fill.

Though he might be a little young for coffee (and let alone the responsibility of running an entire farm!), you might think Jhet needs a few strong cups to shake off sleep when he hears a strange voice from the barn calling his name. And if you think that's a little fowl, your suspicions are spot-on, because it is in fact a magical chicken trying to attract his attention! Once you recover from the shock of the bird being able to talk, "Babes" manages to convince you to come on an adventure with him to explore more of the surrounding area.

As you'll see when you delve further into the storyline, it seems Jhet has an even greater legacy to live up to. He is meant to follow in the footsteps of his father and possibly even achieve greater things. When it turns out that things are tougher than he might first hope, Jhet decides he wants to get going...going home, that is. With only his newfound companion Babes by his side to urge him on his quest, will he muster enough motivation to continue on? 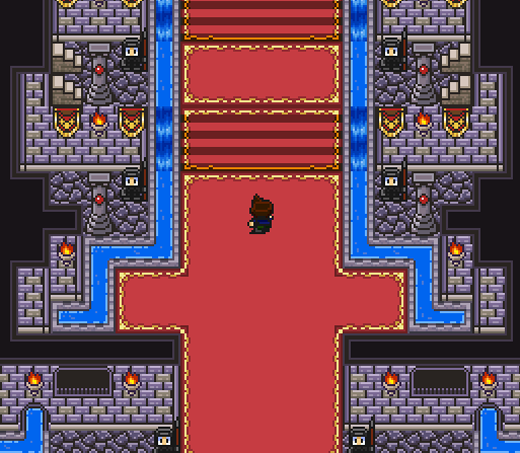 In addition to the story, Knights of Gaia features a battle system to take on the hoards of enemies that would otherwise block your path. Engage with them to have your party (Jhet and Babes) attack one or more enemies in an attempt to come out victorious. You'll also tend to gain experience, making you more powerful, and recover items from your fallen foes. Should you fail, well, you'll have to restart from the last point you saved. Can you make it through to complete your task set forth by the one and only King Snes?

Despite some idiosyncrasies in the battle system that can make fights see more along the lines of pot luck than skill, and the lack of an HP bar for enemies, Knights of Gaia is a charming adventure and well worth checking out. It is a demo for a full project which we eagerly await, surely with more retro characters.

Controls for Knights of Gaia are simple to learn. Use the arrow keys to move around along with space bar to advance dialogue or interact with another entity or object. Within battles, during your turn select and confirm your choice using the arrow keys and space bar as well. More details are given in the game as you get going. So what are you waiting for - you've got to duties to fulfill!