Was your pillow not quite as fluffy as it could have been last night? Did you get two shots of cream instead of one in your coffee? Was it the worst. Possible. THING. when you accidentally smudged your nailpolish right after you finished applying it? Well, if you need to drown your sorrows and your First World Problems, then look no further than this week's Link Dump Friday! (Me? I'm good; Grimm is back tonight and I made an amazing catch when I accidentally knocked my coffee mug off the counter this morning, so everything is A-OK.) There are actually some really exciting games coming later this year, so let's get straight to them! 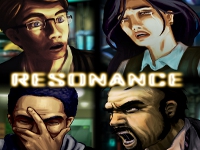 Cat, Say Goodbye To Bag Love adventure games? Then you'll love this. Resonance, a stunning looking indie game with an intriguing thriller plot, is going to be released later this year by none other than adventure gaming powerhouse Wadjet Eye Games. The news broke on Twitter earlier this week, and was finally confirmed by Wadjet Eye president, Dave Gilbert, who admitted his wife, the enviously talented Jane Gilbert, had been programming Resonance for the last eight months and voice actor recording had officially begun. Needless to say, you know if Wadjet Eye is attached to it, it's going to be good! (Shouldn't a picture of Fry demanding you take his dollars go here?) Hit up the official site for Resonance to learn all about this amazing looking title, an announcement here, and make ready thine wallets for when it hits later this year!

Something Pants-Wetting This Way Comes Well, that was fast! Just a few weeks after murmurs of speculation began to arise, indie horror giants Frictional Games, along with thechineseroom (makers of Dear Esther) announced earlier this week in an exclusive interview with Joystiq that the title of their next game will be Amnesia: A Machine For Pigs. This won't be a direct sequel, although it will take place within the same universe/alterna-history, and follows Oswald Mandus who, awakening after a fever, discovers that months have passed and awakens to the terrifying sounds of a strange machine. You can find out more about it in the follow-up article (the official website is also now live), and hopefully be set to play it later this year. It's going to be interesting to see how this expands the universe Amnesia: The Dark Descent created, but perhaps even more interesting will be how the influence of another developer works within the game. Stay tuned, horror fans! 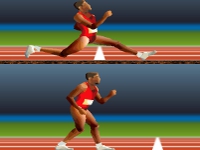 Incompetence Is Best With Friends Bennet Foddy has just taken his hysterical webtoy QWOP to whole new heights of humiliation by now allowing you and a friend to compete head-on to see who fails the least. The game, which focuses on using just four keys to control an Olympic runner's thighs and calves, is one of those things that sounds simple, but winds up being fiendishly difficult... and yet somehow is more entertaining than frustrating. This two-player version is strictly of the "yank a buddy and force them to play beside you" variety, and there's nothing else new about it, but if you've got a friend indeed who has never experienced the wonder and hilarity that is QWOP, there's no time like the present to introduce them to it. Just don't hype up how good you are beforehand; they'll be seeing you for the dirty liar you are shortly. 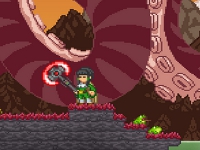 To Infinity... AND SANDBOXES! If you like science fiction and love sandbox-style open world gameplay, then you're definitely going to want to keep an eye on the upcoming Starbound, set to hit later this year from Chucklefish. The game stars you (only a tiny, digital you!) as you flounder about the galaxy after your aimless escape pod, shot from your homeworld, winds up destroyed. You'll gain access to a spaceship you can upgrade in a variety of ways, explore endless procedurally generated planets, claim a world as your own and work to develop it, take part in story missions, and much more. It looks absolutely phenomenal and I, for one, can't wait to get my grubby mitts all over it. The game will be available for PC, Mac, and Linux upon release, as well as include both competitive and cooperative multiplayer. Sweet! Check out the official site to learn more and get ready to get lost in the universe.

Ummm.... Are you sure that's the address for Starbound's official site? It's giving me a "Server Not Found" message

The link works perfectly fine for me, Gabe. Does the same thing happen when you click here?

It does. I have no idea why if it's working for you and not me

Have you tried visiting the link from a different browser? I would also suggest clearing your browser cache/cookies. That usually does the trick.

Just to say I'm having the same issue with the Starbound website not working.
Have tried FF, Chrome and IE.
The cached site on Google works a bit, maybe they are having a problem?

Sorry you guys are having issues! The link works for me just fine in Chrome. :(

More Amnesia! I'm not a great horror fan but these people know what they're doing.