We're creeping closer to October, true believers, and it seems like our indie developers are feeling the nearness of all things spooky with some upcoming scary games. But it's not all monsters and nightmares on this week's Link Dump Friday! 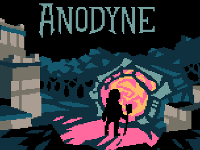 A Little of the Ol' 2D Terror Using both Yume Nikki and Zelda to describe your game might sound odd, but Jon Kittaka and Sean Hogan's Anodyne, an upcoming commercial release for PC, Mac, and Linux, may just be able to deliver. It's all about exploring someone's dreams through 2D top-down dungeons, but you really should play the newly released demo to get a proper feeling for it. It's a surreal experience, at once both creepy and delightful because so much of the atmosphere is unsettling, and yet it perfectly captures that old-school Zelda gameplay. If you like mysterious narratives and classic dungeon-delving with freaky twists, then this is definitely one you'll want to keep an eye on for when it releases later in the Fall of this year. Having played the demo myself, I can tell you I think it's pretty darned neat indeed.

Oh Good, More Sleepless Nights Get ready for a whole new wave of hilarious reaction videos to horror as Slender developers Parsec Productions combine with Blue Isle Studios for Slender: The Arrival. There's little information so far apart from the word that it will be for PC and a commercial release, but Parsec is calling it the next installment in the saga, and promises more levels, improved visuals, and, perhaps most intriguingly, an engaging storyline. I'm personally of the opinion that the less you know about a thing the scarier it is, so I'd hope Arrival doesn't put too big a spotlight on every aspect of its horrifying star, but this could be the bigger, badder, more fleshed out game you were hoping for. Plus, I had a dream last night that it included "Jellyman Mode", which was about a gangly guy in a white suit whose eyes wept clotted blood and he would hug you to death with his long rubbery arms. So, uh. Whatever they have planned can't possibly be weirder than that. More details as they develop! 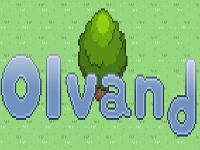 Building With Buddies If you have some friends you would like to play something that doesn't involve headshots with, you might consider the upcoming multiplayer PC RPG Olvand by the mysteriously named Woseseltops. Together with your pals, you'll get to build towns and go on adventures, including playing a whole bunch of minigames like King of the Hill, racing, or even fishing together. You'll even encounter randomly generated plants, and animals you can tame... including Allie Brosh's infamous Alot. This looks like exactly the sort of thing that would be perfect for light, cheery fun at the end of a long day or on a lazy weekend, so if it sounds like your thing, head on over to its official IndieDB page for more information. 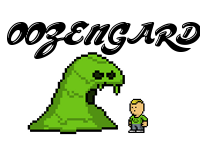 Slimes and Stories on the Go Mobile gaming keeps growing, and so do the creative ideas developers keep having for it. Take, for instance, Oozengard, a planned open-world adventure game up for Kickstarter funding by Cranial Acid for iOS and Android. The game is about a city under attack by a strange ooze that mutates everything it touches, and it's up to you to find out the cause, save the city, and survive. You can rescue people, build safe houses, and try to complete the story as you explore the city. Each playthrough will only last sixty minutes, after which you'll be rewarded and can start over. The decision to force a time limit on a game that offers so much open exploration seems strange, but also sort of fits with the mobile gaming concept of providing pick-up-and-play entertainment whenever you have time to spare. A donation of as little as $1.00USD gets you a copy when it's released, so check out its Kickstarter page for all the details. 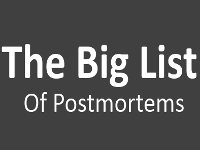 Like Autopsies For Funsies Making a game is a long, complicated process, and usually the developers have more to say about their own work, and more critiques, than the players and reviewers themselves. Pixel Prospector has assembled The Big List of Postmortems, and it's a fgreat read through for anyone who really loves games. The Postmortems cover both indie and AAA releases, and the insight (and hindsight!) the developers offer on every aspect of their work is fascinating as they talk about things like what they would do differently, what they felt contributed to their success (or failure) and more. I've always felt that understanding creators and the work they put into the things you enjoy provides some much-needed perspective for players, so give the list a look through today!

This year for Christmas all I really want more than anything else in the whole, wide world (including world peace, an end to all suffering and a cure for that thing my hair does when it starts to rain) is a reaction video of Dora playing Slender: The Arrival. I'll even leave out an extra mince pie for you if you do. Thanks Kringle.