Still recovering from Halloween a few days ago? Well, come on, get with the program! This is November, kiddo, and it's time to start getting hyped!... is what I would say if I
wasn't currently suffering from the plague and needing to get back to bed. So, without further ado, here's your Link Dump. Don't worry, if I turn out to be Patient Zero, I promise to make the zombie apocalypse a lot of fun. Hats, maybe. An official dance. VOTE DORA FOR TYPHOID MARY 2012.

Creepy Kids and Nursery Rhymes? NOPE NOPE NOPE NOPE Though its release date has been pushed to early 2013, thus having denied us a Halloween of Frictional Games amd the chinese room horror, it's still easy to remain excited about Amnesia: A Machine for Pigs, the upcoming sequel to 2010's Amnesia: The Dark Descent... especially with this brand new teaser trailer. At about two and a half minutes, it not only showcases some absolutely stunning environments, but also some horrifyingly tense moments as you flee from an unseen monster that appears to be slaughtering pigs somewhere in the dark. Sweet dreams! 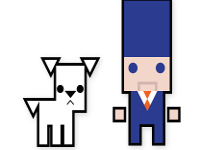 When You Look Into the Dog, He Also Looks Into You Like text adventures, but prefer them a little... quirky? Then make sure you check out Bloomengine's Atticus and the Boy Electronic, which is a bizarre retelling of Oscar Wilde's The Nightingale and the Rose, and features a little robot boy and his eerily perceptive mutt in a quest to help a young man. Gameplay is so linear and trouble-free it barely qualifies as such, but if you like surreal stories, this one is definitely for you. 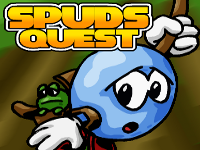 Modern Puzzle Adventuring With an Old School Flair It seems like old school is the new new school, and Chris Davis is out to prove it with the upcoming puzzle adventure Spud's Quest, a game inspired by the classic Dizzy series and up for funding on Kickstarter for a release early(ish) 2013. The game follows Spud and his cursed friend Prince Charming, who has been turned into a frog, as they seek four ancient stones to return him to normal and banish the evil wizard responsible. If you like classic gameplay with features like day/night cycles and big dungeons, then this is definitely one you should be checking out. 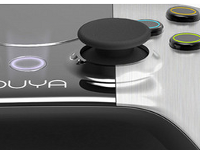 Consoles Have Soft Drink Preferences? The Android-powered open source game console made headlines earlier this year after raking in a whopping $8.6,000,000.00 USD for its Kickstarter funding. People have offered some well-placed caution even as are already extremely twitterpated over the concept, but founder Julie Uhrman wants you to know things are proceeding quite well indeed, even including a photo of the console's printed circuit board to prove it. With developer kits on schedule for a December release, it looks like this one is chugging reliably along, which I'm sure is already cause for people to start planning their launch party.

Just a little grammar nitpicking on the last entry...

Sorry. :) Was written with a 103 degree fever. My brain was not math on that day. You're lucky it's at all intelligible and not just a long, rambling ode to porcupines and gumdrops.

Get well soon, Dora! Let us know if you start to zombify!