Happy Friday! Are you in a post-turkey sleep-state? Or are you out fist-fighting an old lady for a 50% off toaster oven at your local mall? Or are you in a part of the world that isn't concerned with either of those things and are just sitting around wearing your monocle and sipping something elegant from a decanter? Well, whatever the case, we'll make things quick this week, so you can get back to slumbering/headbutting the father trying to rip the Canterlot Playset out of your hands/stroking your chin and thinking deep thoughts about life, the universe, and everything. 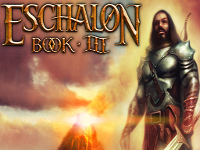 Now With 20% More Gruesome Demise and Infectious Diseases! Basilisk Games's indie RPG series Eschalon has always been a fantastic example of how indie studios can still do quality open-world RPG experiences that feel massive and deadly. Like... really deadly. You'll die a lot. And in Summer of 2013, you'll be given the opportunity to die a whole bunch of times once more as the developers bring their trilogy to a close with Eschalon: Book III. This single-player adventure, designed for PC, Mac, and Linux, will at once both cap off the overarching story of the series, while still remaining accessible to new players, and providing a ton of improvements and changes to boot. Sounds good to me, especially since new developer tools will allow players to create their own maps and adventures! If you love challenging, deep RPGs, you really can't go wrong with Eschalon. 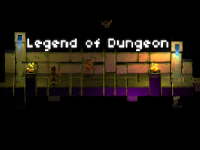 Put 'Em Up, Put 'Em Up! Robot <3 Kitty is betting that you like retro roguelike dungeon-crawling beat-em-up action, and if that sounds good to you, you'll definitely want to check out the Kickstarter campaign for the upcoming Legend of Dungeon. Created in Unity for Windows, Mac, and Linux, with a planned release in January, the game is 1-4 playing co-op as you battle your way to the bottom of a huge, 26 floor dungeon, and then must make it back out alive with the treasure you find. It looks like a ton of fun already, especially if you don't mind perma-death as an added challenge (though if you're playing with two or more players, there are ways around that), and the sort of thing that could be an addictive blast solo or with buddies. Considering the campaign is already almost fully-funded as I write this, Legend of Dungeon should have no problem reaching its initial goal, but if you want to contribute to some of the stretch goals, head on over to the Kickstarter and check out the free demo! 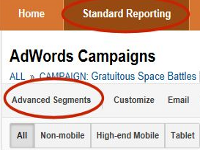 Making The Interwebs Work For You Cliff Harris, creator of Kudos among other titles, has thrown together a post titled Cliffski's 2012 Guide to Advertising Your Indie PC Game Online. While there are a few indie developers who can just show up and everyone will trample one another for the mere chance to towel them off, many indie devs have to work extremely hard to get noticed, and pouring their time and effort into a game only to see it sell just a few copies is more than a little disheartening. While features on popular gaming websites definitely help, and of course having an amazing game doesn't hurt either, Cliff talks about the other things you can do to run an ad campaign for your indie game that can benefit and enlighten you in the long run. Food for thought if you're a creator, or a consumer! 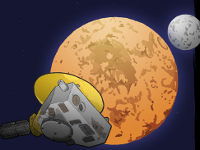 It's Like "The Secret" But More Meaningful Here's a special bonus for you in case you're searching for meaning during the holidays! The Message is a very short interactive story created in Twine by Jeremy Lonien and Dominik Johann about a message that suddenly appears in the sky one day, and the impact it has on the world below as people struggle to interpret it in different ways. It might just change your life!

The Message is kind of irritating. Basically a chopped up story with random bits of it progressively accessed through an arbitrary choice of links. It was slightly incoherent and took far too long to get around to revealing the message itself, and said reveal just seemed to underscore what a waste of time it was.

The "Message" is that even extremely advanced civilizations have been unable to rid themselves of trolls.

Of course it's irritating. The Message is a