Scientists in Madeupcountry are currently at work on nanomachines that will create time. This time can be smeared on the body as a creme or taken orally to produce pockets of usable time at any moment of the day, allowing doctors to perform vital life-saving surgeries, business-types to seal world-altering deals, and, most importantly, gamers to play more releases in this swarm of good games.

Oh! Edo Towns (iPhone/iPod Touch) - More pixel-based Kairosoft simulation gaming, anyone? The creators of Game Dev Story, Pocket Academy, and several other titles in the "story" series have released what is essentially a 17th century Japan version of SimCity, crossed with the usual battery of Kairosoft's management mechanics. Your goal is to raise income so the citizens of your town prosper. You do this by building structures next to each other to create combos, boosting the economy and allowing you to access more bits of scenery and new buildings to play with. It's simpler than previous Kairosoft releases, features a few iPhone-specific interface upgrades (pinch to zoom!), and is every bit as engaging! 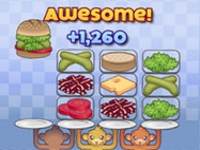 Burger Joint (universal) - From the makers of Galaxy Express comes a falling blocks puzzle featuring monkeys, plates, and delicious foodstuffs! Make burgers by tapping the plate-holding primates at the bottom of the screen, maneuvering dishes to catch falling ingredients in the most awesomest order possible. You can match like ingredients with each other, sure, but assembling a proper burger, from bun to meat to bun, earns you serious bonus points. It's sort of like the Yoshi puzzle game from the early 90s, only more simian in style, and more complex. A good 50+ achievements await you, and the game gets rough once you start climbing the levels, so don't let its straightforward design lull you into a lazy, serene gaming trance. 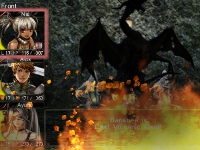 Wizardry: Labyrinth of Lost Souls (iPhone/iPod Touch) - Dangerous dungeon crawling mixed with detailed character stat management, Wizardry: Labryinth of Lost Souls is an updated release to the practically-ancient Wizardry RPG series. The game was originally a PS3 exclusive, but now it fits in the palm of your hand, no doubt to free your other hand up for taking notes and drawing maps on a real life piece of paper. Yeah, Wizardry is that hardcore, and you'll put in more than your fair share's worth of time just learning how to play. But if you crave a solid role playing game, you really can't go wrong with this one. The only real down side is that it doesn't feature native iPad support, leaving you to stare at a cramped screen that washes out all the beautiful artwork. It's a shame, but sometimes a little inconvenience is worth it to experience some mobile nostalgia. 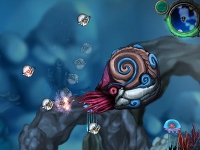 Aquaria (iPad) - Bit Blot's fantastic indie metroidvania game from 2007 (which, naturally, we reviewed!) has been ported to iPad, bringing everything that was great about the game to the semi-portable world. Playing as Naija, an underwater dweller who sets out to discover her world, you get to explore an environment filled with caverns, creatures, and ancient secrets. Your abilities are restricted to songs that can do everything from attack to defend, and as you play, you unlock more (and cooler) songs and recipes to use. It's all just as magical and enchanting as it was on the PC/Mac platforms, and the touch controls work remarkably well without much need for virtual buttons (whew!).