Hey, you person with that sexy little mobile device! Uh... how... how are you? Oh gosh, we didn't prepare anything beyond that slick opening line. Time to bail? Or maybe it's time for another TACTICAL MISDIRECTION?!!!! *flashes a laser pointer and runs away* 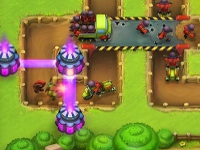 Fieldrunners runs again - One of the early mega-hits on the iOS platform was Fieldrunners, a luscious tower defense game that got everything absolutely right. Updates have kept the game alive for a few years, but in June, Subatomic Studios has announced Fieldrunners 2 will hit iPhone/iPod Touch, with the iPad version shortly afterwards. Expect more of the same formula that made the original game such a cross-platform hit. Check out a few screenshots on the official page, and hope more information is released soon! 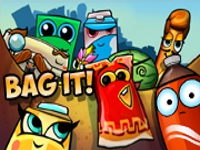 Bag It! bags big update - Hidden Variable Studio's Bag It! is one of those delightful puzzle games you never want to stop playing. It's got fun characters, it's got challenging puzzles, it's got food items, and it's essentially a training simulator for bagging groceries in real life! The latest update introduces a new character, Fizzy the exploding soda bottle, along with 16 new levels, new achievements, and three revamped endless modes! To make things even neater, the game is on sale for a limited time, so do yourself a favor and check out one of our favorite mobile puzzle games. Do it! 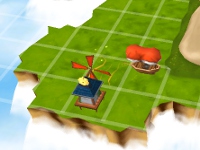 3D puzzle game, with airships! - Mobile game developer Firedroid has released details about its upcoming game, Kings Can Fly for Android devices. This lovely-looking title utilizes wind-based puzzles to push airships around 3D rendered stages, using fans to affect the current and watching out for spiked gates, mountain ranges, and other environmental obstacles. The first peek looks fantastic, and with more than 50 levels to complete upon launch, this is one we're going to keep a close eye on! 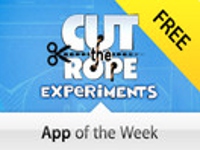 Free game, every week! - And finally, anyone interested in weekly free games? Apple seems to think so, and last week it started the Free App of the Week promotion, giving away a different iOS game for free every single week. The inaugural game is Cut the Rope Experiments, setting the bar pretty high for future giveaways! Time to fill your phone with more stuff!

Important point you seem to have left out of the final item--it seems you have to follow on Twitter. It would have been nice to know that, or to have access to other ways to get that info.

@dsrtrosy: You don't have to follow on Twitter to get it, Apple just happened to blog about it on Twitter. Cut The Rope Experiments shows as App of the Week on the front page of the App Store and shows as being free.

You don't have to follow them on Twitter, that was just the best place to link to for more information. The alternative was linking to Cut the Rope, but that didn't seem too helpful, and possibly even confusing. :-)