A little cross-mobile porting to go with your Monday mobile games, sir/madam? Allow us to recommend the 2309, it is a good vintage. Secret game announcements and peeks into our mobile history are also good vintages. 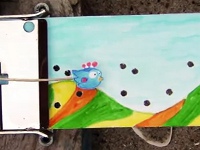 Tiny Wings 2 creative teaser - File this under "wow that's one of the cutest things ever". Tiny Wings creator Andreas Illiger recently set loose a teaser trailer for the Tiny Wings sequel, Tiny Wings 2. Instead of showing gameplay, concept art, or a bunch of weirdo flashing bits of text, we get to see a hand-made music box playing a little tune along with a bird sliding along the slopes. Even more exciting than the creative video: Tiny Wings 2 is due out July 12! 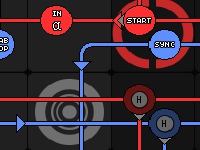 SpaceChem available for Android - SpaceChem! SpaceChem! SpaceChem! Yesss! The amazingly complex and equally satisfying puzzle/alchemy game SpaceChem from Zachtronics Industries is finally available for Android devices. SpaceChem launched in early 2011 and made its way to iPad later in the year, keeping its crazy good gameplay intact. Note that SpaceChem Android may not be compatible with older devices and is designed for tablets with a resolution of at least 1280x800. Somewhat limiting, but when you take into account the complexity and scope of the game, you'll understand why smashing it into a tiny screen isn't so feasible. 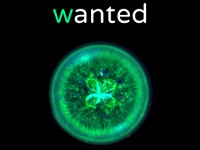 Osmos iOS multiplayer mode - Hemisphere Games, creator of the absorbing puzzle game Osmos, recently announced that the iOS version of its game will receive a brand new multiplayer mode. How will this work? We don't know! Will it hit other platforms? Perhaps! When will it be released? Soon! Will we ever know more? Probably one it's released! 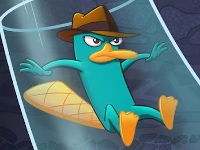 Last Week in Mobile Reviews - Can't hover on the JIG website every Monday with your finger poised over F5? Never fear, here's a quick recap of what we featured! For starters, Dolphin Up was released for iOS, a port of the lovely browser game Dolphin Olympics 2. We also reviewed Doodle Fit 2 and Creation HD for iOS devices, the former an ambitious sequel to the original puzzle game, the latter a creative take on the Doodle God theme. Finally, we checked out Dungeon Ascendance for Android, finding it a fantastic roguelike for mobile devices. Oh, and Kingdom Rush is now available for iPhone. That's all, carry on!

When I saw Doc from Back to the Future, I guess... "games for phones" wasn't exactly the association I had.