Hackers and thieves dominate the mobile news this week, but if you think it's all doom and gloom, perhaps a rumor about some mistreated pigs getting their revenge will brighten your spirits? 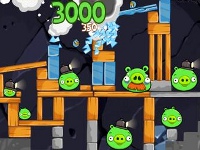 An Angry Birds spin-off? - According to the mobile news site Pocket Lint, Rovio is planning on releasing a new game later this year that turns the Angry Birds franchise inside-out. This time around you get to play as the pigs, protecting the eggs they've taken from the still-upset fowl. The news could just be a rumor at this point, as Rovio doesn't seem to have confirmed or denied it, but continuing the franchise that made the studio so successful would be a natural choice. In the meantime, there's still Angry Birds Space and Amazing Alex to enjoy! 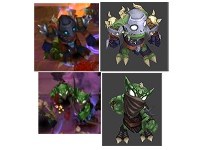 iOS thievery continues - A little game called Armed Heroes was recently set free on the Canadian iTunes App Store, and Travis Baldree of Runic Games immediately noticed something looked a bit familiar. Mostly that every one of the game's assets was lifted from Torchlight, the studio's independently created RPG. That's not a cool thing to do, obviously, and Runic has contacted Apple and requested a takedown. Only the game's visuals were lifted, not any of the underlying code or game mechanics, but it's still a blatant misuse of intellectual property, and hopefully Apple will handle the situation before too much damage is done. Read more about how cloned mobile games hurt indie developers.

Hacker hacks iOS IAPs - Do you get annoyed with all those in-app purchases? Well, one hacker finally got fed up and decided to do something about it! In brief, the IAP hack tricks apps into thinking they're communicating with Apple's servers, but in reality, it's transmitting the data elsewhere, handing over the keys to your iTunes account in the process. So, even if your ethics allowed some wiggle room, seeking out this little hack is a very bad idea. Best to stick with the old fashioned (and non-thieving!) methods!