Ok, ok, let's get this out in the open right now. There's a new Mega Man game coming to iOS. It's not what you think by a longshot, but its name is just... well it's atrocious. It has to be explained in order to be pronounced correctly, which is a mistake a marketing expert should have pointed out. We're looking at you, Fage yogurt company. 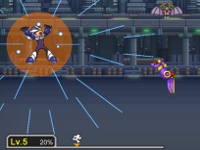 Mega Man social RPG in the works - Yes, that headline is real. While you probably wouldn't expect the blue bomber to appear in an RPG, let alone a socially-focused one, Capcom recently announced that very thing is true. Mega Man Xover (that's "crossover", not "exover", like you'd think) allows you to build your own Mega Man and then take your abilities out on the town, heading through the various worlds and finding the various enemies from the entirety of the Mega Man series. What exactly these social elements will be is yet to be seen, but if Capcom doesn't botch the game, it could hold promise, especially for us nostalgic gamers out there. 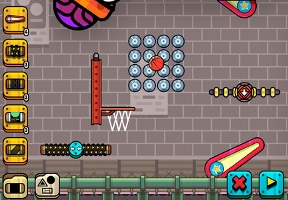 Gasketball downloads high, sales low - A little over one of your Earth weeks ago, we reviewed Solipskier creator Mikengreg's newest mobile release, the arcade physics game Gasketball. The game has been downloaded over 200,000 times since then, but the team reports a sad, sobering fact: very, very few people opt for buying the full game via in-app purchase. The going theory is the value of the deal isn't clearly stated, so the team is working on an update that clarifies things once and for all. In case you've downloaded the free game and are wondering what the IAP is for, you can unlock 100 new levels along with ten new objects to play around, either in one big purchase or on a piecemeal basis. Either way, playing the game is a great idea, as it's mountains of fun! 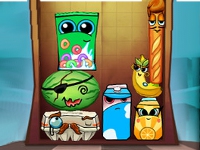 Bag It! gets seedy - The cute and creative puzzle game Bag It! has had quite a bit of success since its initial release. And for good reason, since it's a great way to practice your grocery stacking skills! A new update adds a brand new mode to enjoy: Seedy's Booty. This endless matching frenzy challenges you to pluck items from a belt and match them in the bag below, hoping to score as many points as you possibly can. New social features also allow you to compete with friends to earn coins you can spend on power-ups! Also new in the update are improved 3D visuals, allowing those milk cartons to really pop off the screen! 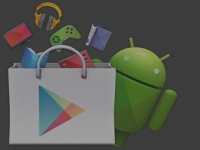 Google Play update rumors - Rumors are circulating that a big update to the Google Play store is coming soon, introducing a few features us Android gamers have been wanting for a long time. The most promising is a wishlist feature, allowing you to mark games for grabbing at a later time. Gift cards are also going to be supported, so instead of passing out your credit card information, you can grab a gift card and help control your spending. Now where is our "new Android games" browsing option, Google?