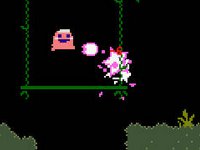 Pink Hour now on iOS (for free!) - Just in case you haven't blasted enough construction moles in Kero Blaster, Studio Pixel has released the game's "prequel" teaser Pink Hour to iOS for free! It's a simple platformer with a hard focus on shooting enemies and landing pixel-perfect jumps, but it's definitely worth downloading. The virtual touch buttons are surprisingly good for a game that places action-heavy demands on the control system. Not perfect, but, you know, workable! 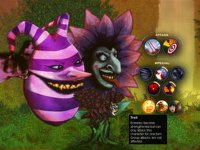 Fearless Fantasy heading to Android and iOS - Remember Enter Skies' combat-centric role playing game Fearless Fantasy? It's only been out on Steam for a few weeks, but the team has just confirmed a summer release for the mobile ports! Fearless Fantasy's heavy use of swipe-based battle commands makes it an excellent fit for touch screen devices, as it's a lot easier to accurately drag your finger across a physical surface than wiggle a mouse cursor around. Check out our Fearless Fantasy review for more info about the game. 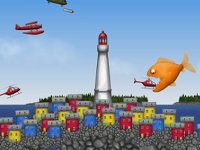 Tasty Blue adds flavor for your iPhone - Dingo Games' Katamari-like fish nomming release Tasty Blue has already made the hop from PC/Mac to iOS devices. Once upon a time, there was a little fishy who wanted to escape his bowl. So he ate as much food flakes as he could, and grew big enough to escape down the drain. Once in the big sea, he grew bigger and bigger as he ate krill, other fishies, manatees, orcas, krakens and, eventually, helicopters, lighthouses and coastal townships. It's an engaging combination of Fishy and that Katamari Damacy Mini Game that's definitely good for an afternoon munch.