Ah, L'amour! Love makes the world go round, and makes us do funny, funny things. But there's a dark side to love as well. Obsessive, compulsive, forbidden. It's the latter themes that are explored in Mystery Chronicles: Betrayals of Love, the gorgeous new adventure/hidden object point-and-click story designed by Lazy Turtle games, creator of the somewhat similar 2010 release Eternity. Where would we be without love? According to this little gem, we might be better off. 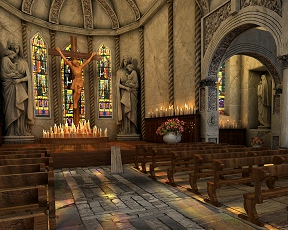 The time and place of Mystery Chronicles: Betrayals of Love is turn-of-the-century France (that's turn of the 20th century, or 1903), and the game is a story of love, passion, and murder. A countess has been discovered in a local river by a fisherman who immediately becomes the prime suspect. It is up to you, the hero, to aid the gendarmes in the investigation of this dastardly crime and discover the perpetrator. Could it be the fisherman, fishing where he had no right to be? Could it be the shifty stable boy with his ripped jacket and mysterious stash of cash? Could it be the Botanist who lives down the lane and grows a wide variety of deadly poisonous plants? And what has happened to the victim's husband who has gone missing at the same time? Is he the perpetrator or another victim of a deadly spree? Solve the mystery and all will be revealed.

You arrive at the estate via a fantastic early automobile and must then wander in and around the castle of the count and countess searching for clues and other useful items which will help the case come to a successful conclusion. Included is the standard changing cursor which indicates areas of interest, items that can be gathered, and places that can be explored. Hidden object scenes help further your case, each one yielding an important inventory item which can be used later. Amusingly enough, not everything you pick up goes into your inventory to be used. Instead, many objects that you find serve no other purpose than as clues that point to this or that subject. Click on characters to speak to them and get a suspect card which explains why you are suspicious of their actions or motives. Eventually you will find three clues for each suspect as you wander the stunning grounds and the equally fantastic interior of the castle. Accumulate useful objects, solve some puzzles (actually, lots of puzzles), question each suspect, and you will eventually learn the entire sad story of the countess. 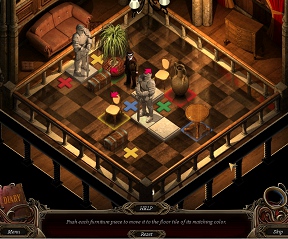 Analysis: Yes, there are a ton of Adventure hybrids out there, so what distinguishes Mystery Chronicles: Betrayals of Love? The game pays particular attention to something that is often lacking in many of the hybrids on the market, the mini-games and puzzles. This game is chock-a-block with puzzles from beginning to end. The puzzles, while not terribly original, lend a nice balance to the hidden object scenes and keep the action from becoming the usual "find an object, play a hidden object scene, find an object, etc." gameplay present in many of the hybrids out there. Aiding you along the way is your handy detective's notebook which keeps track of suspects, clues, and other vital pieces of information along with a refilling hint timer which can be used either within hidden object scenes (to help find an object) or in any location (to give a hint as to what needs to be done next).

While the castle itself may seem a little small and bijou, the grounds surrounding it are extensive and you will find yourself spending a lot of time wandering around from place to place as you attempt to find out who murdered the poor countess. This is not a bad thing as the artwork is, frankly, stunning everywhere you go, with special attention paid to the hidden object scenes which are so nicely lit and realistic that it is almost like looking at a photograph. The action takes place in the late afternoon/early evening and the slanting sunlight and beginnings of dusk (the muted sky, the lingering mist) give the entire game a spooky feel which is enhanced by the accompanying soundtrack and the presence of a couple of supernatural sightings. Hand-drawn cut-scenes and interstitials complete the mood and bring the tale of the countess to life. 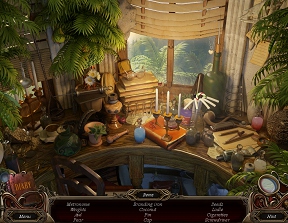 On the downside, the story in Mystery Chronicles: Betrayals of Love seems a little rushed towards the end and leave a few threads dangling. With such fantastic locations and a compelling mystery, everything could have been fleshed out a bit more with either more characters added or more information about the ones we meet be available. And although the story has a fantastic Victorian detective mystery feel (think Murders in the Rue Morgue or any Sherlock Holmes story) the sudden appearance of ghosts seems a bit jarring, especially the second one which turns into a deus ex machina that brings the unfolding storyline to a crashing halt. And like all casual games of this genre it could benefit from being a bit longer both in terms of story and locations.

On the plus side, and this is a big plus side, what you get is a complete story with a beginning, middle, and end. No "to be continued...", no "extra" or "hidden" chapters for a collector's edition, nothing like that. Mystery Chronicles: Betrayals of Love tells a complete tale which unfolds alongside the dazzling scenery of the castle and its surrounding grounds with each clue you uncover and each vista you explore adding to the entertaining experience. Will you find out what happened to the countess? You will indeed, and have a great deal of fun along the way.

This one looks interesting - I like games that lean more towards the puzzle side of the puzzle/hog genre. Is there a relation between Mystery Chronicles and Mystery Trackers? or Mystery Case files or Dream Chronicles? All these similar titles make it difficult to distinguish the good series from the duds :P

Not related to any of those, sorry.