Take the elves, orks, and magic of high fantasy, the mystique of Native American folklore, and blend it with a futuristic yet still modern day-ish technothriller cyber-punk setting and you've got Shadowrun. While its tabletop incarnation has been chugging along contentedly for years, a lackluster 2007 shooter was the last attempt at making a videogame... until Harebrained Schemes decided to serve up Shadowrun Returns, a turn-based strategy RPG game that also serves as the toolset to make and share your own adventures. Make anything from the cyberspace-trotting Dekker to the spirit-summoning Shaman, to name just a few classes, or you can create a custom class of your own by blending the skills as you please. A machine-gun wielding troll combat mage, perhaps? When it comes to a life in the shadows, chummer, anyone can be a hero... or a villain. 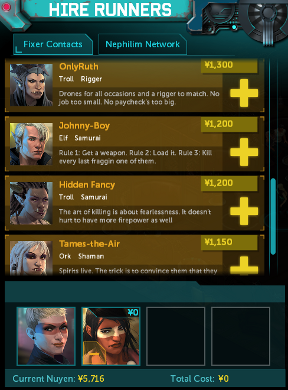 For the uninitiated, Shadowrun is set in the future after a new age begins that has melded the world of the fantastical (dragons, magic, elves, and so forth) with our modern world at the same time as technology takes a massive leap forward. With so many new cultures and factions warring for their piece of the good life, it's understandable that life is dangerous, and when you need protection or just something done, you look for "Runners", essentially hired mercenaries, people with special talents and abilities who handle all sorts of work for a fee. In the included campaign, you're a Runner who's down on their luck in the worst way. A phone call from an old contact you haven't heard from in months should mean another chance at work, but instead sends you off on a journey to Seattle to uncover the truth behind a murder... and a conspiracy. During regular play, the game is a top-down adventure where you click to move places and to interact with people or things when an icon is displayed above their head. 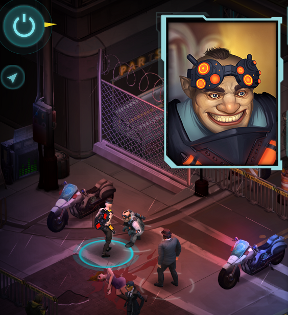 Combat, which makes up the meat and potatoes of the game for the most part, plays out in a fashion similar to recent release X-COM: Enemy Unknown. You'll move characters around the battlefield freely within their range when it's their turn, and make use of various objects for cover. Each character in your party has Ability Points (AP) that determine how many actions they can take per round, from running to attacking and so on, and you can use them however you like. Unlike most RPGs, in Shadowrun improving your character comes down to spending Karma points you earn to increase attributes and earn new skills. You'll need them and a game plan to solve a murder... and maybe save the world. Charge in guns blazing? Sneak in through the back? Steal an enemy uniform and bluff your way in? Or jack into the security systems and turn their own defenses against them? 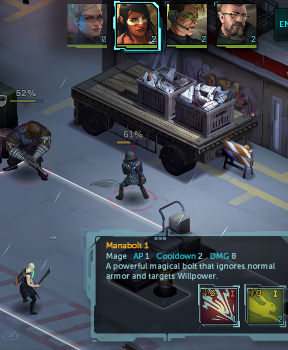 Analysis: I admit it, I liked both the 1993 SNES and 1994 Sega Genesis Shadowrun games, although saying as much in front of tabletop fans usually invokes an expression like I just said I enjoy farting in children's faces. And you know what? I'm not sorry. (Unless you're still on the farting thing, in which case it was an accident and I'm so sorry.) They were intriguing, creative adaptations of complex source material with campy, fun stories that blending techno-thrillers with dark fantasy in a way that made you want to know more about it. Shadowrun Returns, then, is basically the same thing, though almost more like Neverwinter Nights in its execution in that while it does come with a campaign, you're primarily buying the toolset to make your own, and the potential that comes with other free player-made campaigns down the road. The toolset itself isn't as immediately intuitive as, say, Neverwinter Nights, and at the moment is a bit limited in what you can create and customise due to a small amount of areas and "props" to flesh them out with.

The combat is, by and large, both satisfying and challenging. With the sheer amount of skills and ways to use your environment for cover, it feels like success is more dependant on having a plan than bulldozing your way through with power alone. At the same time, the Random Number Generator seems to hate you a bit, and I still seemed to spend an awful lot of time missing attacks even with high to-hit ratings. Explain to me how someone can miss hitting a basilisk the size of a dump truck when it's right in front of them and they have a shotgun and a 99% chance of hitting? The save system feels pointlessly restrictive and chances are far more people are going to hate its autosave-only approach than will like it. Accidentally click on the wrong dialogue choice? Zig when you should have zagged? Computer lose power or you just need to stop for a while? Hope you like starting the entire stage all over from the beginning. 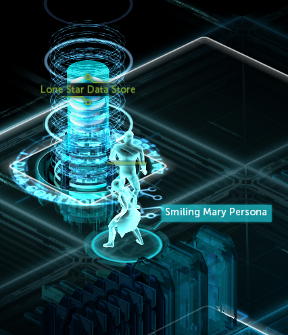 It helps that the included campaign is both intriguing and well-written in addition to featuring a cameo that made me squeal with delight a little. But while it's an interesting mystery, it's also extremely linear. You're moved from one location to another as the story demands, unable to go back, and with only a few sidequests or real payouts, cash is always an issue. It feels like it's working hard to showcase everything the setting has to offer, but suffers a bit from not allowing you enough chance to explore and use your character's unique abilities. There are only a few areas where you're given any significant choice as to how to proceed, which is a shame since that choice is so important to the experience. Though the 3D character models can look odd against the environments, by and large its a gorgeous game packed with the distinct look and appeal of the Shadowrun universe. The soundtrack is limited, but punchy, featuring a few remixed homages with snatches of tunes from the original games as well, which is a nice touch.

The main campaign will probably take most players over ten hours to complete, but if you're picking up Shadowrun Returns, you're also picking up the tremendous potential that comes with it by being able to download all future fan campaigns free via the Steam workshop. There's definitely room for improvement, such as the restrictive save system and a tendency to be jerked around by the hit percentage in combat, but Shadowrun Returns is nevertheless an engrossing experience that captures the feel and fun of its source material. I realise that this review has gone on a bit long, but, well, it's sort of a hard thing to cover in a pithy fashion when you're dealing with something with a rich history and fanbase that also has the potential to bring in a lot of new blood. The bottom line is that where it matters, Shadowrun Returns is fun, challenging, and hard to put down. Its style and source material is a leap and a bound away from the dull, cookie-cutter fantasy or modern-themed games out there, and if you give it a chance, you might just find yourself hooked.

Just thought I'd let everyone know that this game is in fact available for Mac OSX through steam..