FBI Agent Claire Ellery has had quite enough of Tarot Cards. Unfortunately, it seems they won't leave her alone, and Claire is woken late one night with the news that her old partner is dead... which, strangely enough, coincides with the nightmare she was just having. The police think it was suicide, but Claire knows better, and so unwittingly sets out on a case that may require her to save the world. Awww, yeah! It's Strange Cases: The Lighthouse Mystery, a point-and-click/hidden-object adventure, and it's up to Claire to save the day by deciphering clues, tackling evil corporations, and visiting remote locations likely to house several generations of cannibal hillbillies without any backup or notification of her superiors whatsoever. FBI agents are hardcore. 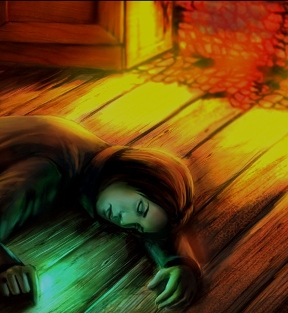 Blending good ol' fashioned hidden-object huntin' like your grandpappy used to do and elements of standard point-and-click adventuring, The Lighthouse Mystery is definitely a solid and enjoyable title, though not without its flaws. Your time is spent travelling from one location to another, and solving puzzles in the multiple areas that make up each one in order to proceed. As you play, you'll go everywhere from a fallout shelter to an office building staffed by eerily complacent employees who insist catering to their employer's every whim is a "dream come true".

In certain areas, Claire has to find a Tarot Card, which in turn will have a list of items she needs to find in that screen. All the things you'll find generally look like they would reasonably be found in their locations, and there is usually a reason for why the places are so untidy. The hidden object scenes are actually done fairly well, although they do tend to feature a lot of small items. It'll probably make you wish the puzzles were as difficult; most of them aren't anything you haven't seen before, and probably won't hang you up nearly as long as hunting for a safety pin in a house you might charitably term "freakin' trashed, dude". Fortunately, the hint timer refills at a decent clip, and you've always got the option to skip puzzles if you like.

Analysis: I admit that every time someone makes a game about FBI Agents, I always hope for a story a little less "Dan Brown" and a little more "Thomas Harris". The Lighthouse Mystery features mind control, "anti"-artifacts, and would really like you to take it seriously when you're probably going to be giggling at a lot of it. The story actually manages to be pretty interesting, even if Claire does frequently make rather baffling leaps of logic. At one point, after finding an innocuous metal plate in a garage filled with junk, she suddenly decided that there must be a hidden message on it, if we could find a way to read it!... well, okay. Whatever you say, lady. I guess this is why I never became a plucky detective. (That and I'm not entirely sure what being plucky entails.) 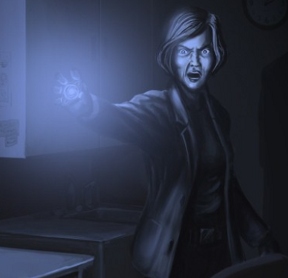 The game still makes some mistakes that can make it more frustrating than it should be in some places. Like the first, items are frequently small, and the finicky hot-spots that need to be precisely clicked on in order to proceed. It also occasionally feels like it's forcing you into busywork to pad the length; one instance has you traipsing all over a house through multiple hidden object sequences when literally all you need is a puzzle piece hanging on the wall in plain view in an area you gain access to almost right away. You know you need it, you even know exactly where it is, but the game won't let you pick it up because you haven't tracked down some gears and a fork in another location. Fortunately, the puzzles get more interesting the further you go; one actually involves attempting to sneak a specific item out of a distracted woman's purse without alerting her by making too many movements.

Best enjoyed with a sense of humour and a dose of patience, Strange Cases: The Lighthouse Mystery manages to take an outlandish tale and craft it into a genuinely enjoyable example of its genre. It lacks the atmosphere of the original, but makes up for it by letting you wear the worst blonde wig in the history of everything as a terrible disguise. The whole thing will probably take you about four hours to complete, more or less depending on how keen your eyes are, making it a nice chunk of gameplay. It's a fine addition to a series that's shaping up to be a contender, and I hope we see more from the developers in the future.

Was looking for a walk-through on this game, none yet I see...

Terribly stuck in the last part of the game, where you are in the air vents back at Ryder/Tom's office...

Desperately needing help to figure this out before I go bananas! lol

Same here have started and stopped several times at this location, so aggrevated.