The Silver Lining is a fan-created King's Quest adventure game that got the unlikeliest support: the backing of publishing giant Activision (which owns the King's Quest rights after merging with Vivendi, which in turn held all of the Sierra copyrights). This ten-year old project has nearly been shut down twice by lawyers, but it has finally seen the light of day in the form of its first episode, What Is Decreed Must Be. But is it what fans of the series wanted? And what about people who never donned Graham's cap? 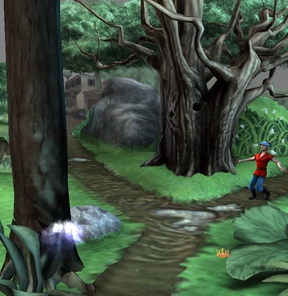 Someone really ruined Graham's day. Not only did a mysterious evil wizard-type send the retired king's two adult children into a trance, but he did it while Graham's daughter was getting married. Gatecrashing is not cool, especially if you are going to go and spoil the party for everyone else. Once again Graham dons his trusty traveller clothes and embarks into the world to discover the source of the curse and the means to break it. Once again, because Graham has done this before, apparently, in previous King's Quest games.

At first you wander the castle, picking up a few things and chatting to some characters loitering around, like the groom's parents. Then you hustle through town, get yourself on a boat and spend the remainder of the experience in cut-scenes. There's not a lot to do, but it looks like this first chapter is more about setting things up. I would complain, but all-in-all it cost me less than an hour of my time and not a single cent from my pocket. Not a bad deal at all when you consider all the effort that has gone into this.

Analysis: I'm not a fan of the series. I played one KQ game many years ago, the third one, as part of my dedicated consumption of graphic adventures. But I was always more readily seen with Space Quest or Leisure Suit Larry. So stepping into this new game I knew nothing. In fact, in King's Quest 3 you don't even play as one of the series' stalwart characters (well, you turn out to be one eventually, but I'll come clean: I never even finished the game). So apart from knowing it involves fantasy and you can't travel in space, I can't fake a conversation around King's Quest. 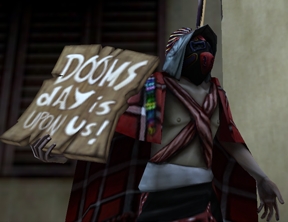 To start with, the game looks good. Not stunning, but definitely impressive. The cut-scenes and conversation camera angles are well-used, the voice-acting is very good (the developers have connections with New York's theatre scene and could tap the talents of a few stage thespians), while the animations, especially the facial expressions, were definitely crafted by highly-capable people. Apart from a few navigation glitches, leading to Graham not quite capable of walking to a door on his own without micro-management, the game plays exactly like the classic Sierra titles (once they got their point-n-click overhauls).

The first episode falls short when it comes to doing stuff, but it showed enough for me to look forward to the second chapter. This is definitely a silver lining for fan games, the King's Quest series and adventure games in general.

Fans of the series have been waiting a long time for this. Twelve years, to be exact. 16, if you don't count the last, nearly unrelated installment. King's Quest is a series that has been held in high regard since its debut in 1984 for a reason. Aside from gameplay and graphics that were once considered cutting-edge, the series has consistently given us clever puzzles and endearing characters. And it's the characters that have kept the players coming back in game after game; it's no coincidence that the series went on a long hiatus after branching off into a new storyline with unfamiliar characters. 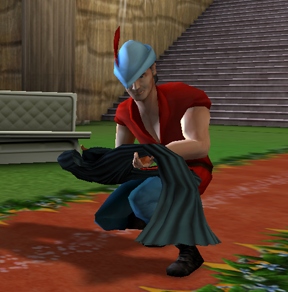 Those who are interested in the exploits of the royal family of Daventry aren't going to be disappointed with The Silver Lining. All of the central characters we've come to love over the past 25 years are here, as well as a few of their supporting friends. Add in a few familiar locations, and The Silver Lining has all of the elements that us fans have been looking forward to.

But it's this devotion to tradition that may make newcomers to the series turn away. The game borrows from several of its predecessors, mostly the sixth game in the series, to the extent that anybody who hasn't played them might have trouble fully understanding what's happening. Even the gameplay, while familiar to those who played some of the previous games, may seem clunky in the new 3D environment. But The Silver Lining wasn't made for newcomers. This is a game by the fans, for the fans. Nearly everything is going to be for the players who have been looking forward to this game for years, the fans (including myself) who will be squealing with delight when Graham dons his classic outfit, or when poor Edgar tries once again to be useful. And it's that same devoted fan base that's going to be clamoring for the next installment.

If the series just happens to get a few new followers who take an interest in going back to play the previous installments, that's just icing on the cake. But whether you're new to the series, or you've been waiting for this game for more than a decade, the intriguing story and gorgeous graphics are going to be enough to keep you coming back for more.

It is ridiculous how excited I am. I grew up with the old Sierra games, primarily Space Quests, but I did have Kings Quest II, and I purchased the rest of the series.

Quest for Glory... What more can I say.

As someone who has played and beaten every KQ (along with pretty much every other Sierra game from the time), including the crappy FPS one, I was somewhat disappointed by it, since it was pretty much just a big long cut scene with a single real "puzzle", which was just a rehash of a puzzle from KQ6, but apparently they had originally intended to do the whole thing as 2 chapters, with chapter 1 being the introduction and some gameplay and chapter 2 being the rest of the game. Then they broke it up into 6 episodes instead of 2 chapters, so the Introduction from Chapter 1 became Episode 1, and the rest of the episodes are the rest of Chapter 1 and Chapter 2, where the actual game is.

Did make me want to break out the old floppies though.

Whatever excitement I used to feel about this game is long gone. Ten years and this is all they've been able to come up with? Boo. Better to have no game at all and hope that there might one day be another official sequel.

As someone who has recently played a few of the original KQ games... don't bother. The original games are truly terrible and we just remember them with the rose-tinted glasses of nostalgia. This game is, well, not an actual game. It's pretty much just a cutscene.

If you want to remember the good ol' times, try some LucasArts games- many still hold up. In particular, Curse of Monkey Island, Sam and Max Hit the Road and Loom are still decent.

The sad truth is the adventure game genre, as a whole, is pretty flawed. That might have something to do with why the consumers have let it die.

"As someone who has recently played a few of the original KQ games... don't bother."

As someone else who has recently replayed the originals, I guess it's a matter of opinion. Sure they had their faults, but I still think they are excellent.

Digging through the Archives and some curious tag searching led me here. Looks interesting (I love these kinds of games). Episodes II and III are out if it matters. The King's Quest series was before my time so I'm looking forward to seeing what you all like about these games (also downloading KQ III from here).