I've always thought "weekend warrior" was a pretty grandiose term for the modern person, who probably spends their days off lying on the couch, staring at a marathon of Parks and Recreation, and desperately wanting to not be an adult for a while. But hey, even if you're out there seizing the weekend by its throat and squeezing every drop of fun and productivity you can while roaring like a mighty bear, this Weekend Download has something for you! We've got a creepy visual novel about waking up dead and struggling to control an insatiable need, a retro-tastic action adventure about a young girl trying to save the world in classic Zelda-style, and, well, hazardous post-apocalyptic sports, which, I have to admit, is way more interesting than normal sports. And did we mention they're all free, courtesy your friendly neighbourhood indie developers? Awwwww, yeah. 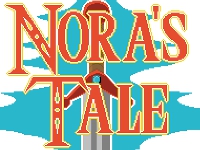 Nora's Tale (Windows, free)- TamFey's retro action adventure makes me feel all giddy and nostalgic-like with its little sprites, as you control young Nora, who has come to the village with her father to perform at the yearly Harvest Festival. But when things don't go as planned, suddenly Nora steps up to stop a wicked villainess from destroying the world. Naturally, this means delving into dungeons and retrieving some magical charms, as well as unlocking a powerful blade, and all of it will be pitch-perfect for any fans of classic Zelda-style action. Highly recommended if you're looking for something bigger for the weekend, complete with puzzles and bosses galore! 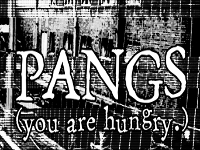 PANGS (Windows, Mac, Linux, free)- Sometimes I think I'd make a great vampire. Then I remember I actually hate wearing crushed velvet and am scared of the dark. But in this creepy, unsettling short visual novel by Stardust Soda, you don't have much choice in the matter, when you wake up confused and disoriented in an alley... and very, very hungry. Do you try to control your insatiable hunger? Do you accept the guidance of the pale person who approaches you? There are multiple endings to find based on your decisions, but all of them are almost more mere tastes than a filling meal. Maybe we'll get a sequel in the future that's more fleshed out? We hope so, because the writing in this one is perfectly freaky in a good way. 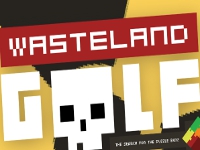 Wasteland Golf (Windows, Mac, free)- Created by the awesomely named Ponywolf in just 48 hours, this simple little sports-physics game turns golf into something I might actually want to watch, by making you use your golfball to plot a safe path through post-apocalyptic wasteland hazards. Your intrepid golfer will follow the path the ball takes when you hit it, so try to plot a course by ricocheting the ball off and around walls that doesn't lead him straight into something that gets him killed. Oh sure, Ponywolf does it, and it's all clever and silly, but I flood the mini putt-putt at the mall with radioactive waste and I get trespassed. Typical!

Wasteland Golf's link starts with "hhtml://", so it doesn't work.

I'm enjoying Nora's Tale. Takes me back to my Gameboy days.

I'm in the Ice fortress and I don't know what to do next. How do you get past the room with the two wizards the disappear and reappear? Bombs don't work on the button.
I hope I find a pair of skid proof boots or something soon.

There are a few minor bugs, not a big deal, but save often.

You can summon a statue on land and then push it onto the ice to get to those hard to reach places.

To get the sword, after getting the three medallions, stand behind the stone and press spacebar.

@Indie Gee -- Summon a statue? What did I miss? I'm near the beginning of the ice dungeon (Nora) and can barely get anywhere. Should I be able to solve that first room on arrival, or do I need an item or something? I usually do well with Zelda ice block puzzles, but this place has me stumped!

POP, sort of. I did some snooping and found a nice Nora's Tale playthrough/walkthrough on YouTube. It's in 4 parts:

Thanks to these, I finished the game! In spite of a fair assortment of bugs and crashes, it's adorable. A very fulfilling, if short and sweet little afternoon snack. :)