Yes yes YES. The Kagi Nochi Tobira series is back! The iOS and Android escape game Kagi Nochi Tobira 2013 from Daisuke Suzuki is one of the more polished "100-style" escape games out there (move over, 100 Floors), adopting a simple art style and puzzles that are both creative and challenging. Time to grab your mobile device and binge play. 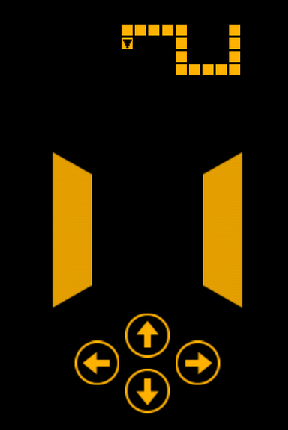 Your only goal in Kagi Nochi Tobira 2013 is to find the key and use it to open the door. Sometimes you'll have to slide items around the screen, sometimes you'll have to use multi-touch to manipulate objects simultaneously. The game's 20 levels are balanced between puzzle- and reflex-centric in nature, but the difficulty is balanced so you'll never sit and stare at the screen for too long.

Kagi Nochi Tobira 2013 is a free download for both Android and iOS, but there are small ads at the bottom of the screen. Unobtrusive, but present, just so you know. The difficulty also seems lower than previous games in the series, and you might blaze through everything before you realize it. Fortunately there's a star ranking system that gives you an excuse to replay puzzles for a better score.

Other games in the series:

The image links are currently not functional, the pictures will be uploaded shortly. Thank you for your patience :)
Level 1

The image links are currently not functional, the pictures will be uploaded shortly. Thank you for your patience :)
Level 1

Actually it has more in common with Bart Bontes Me and the Key and Full Moon instead of the 100xyz/escape games.

The goal is just an abstract one and therefore the gameplay on each stage does differ so much more than in those boring escape games.