Oh my stars and garters. Is it really the end of another year already? Well, you know what they say; time flies when you spend it soaking in the internet and avoiding actual productivity! Best of 2011 is right around the corner, but before that, and before you party yourself into incoherence tomorrow night on New Year's Eve, we take a look back at some of the games that took the prize in reader voting all the way back to 2004! In addition, we've got some more upcoming games you should take a look at, a new port of a recent title, and some music guaranteed to make you feel like an untalented butterfingers. (Interviews coming next week!)

On a slightly more serious note, from us to you... happy New Year. We were here in 2011 because you kept coming back for us, and it's because of you we get to keep doing what we love in 2012. Our wish for you, apart from continued warmth and laughter, is that you get to do the same, so get out there and make it happen! We'll be rooting for you, and we hope you still remember us when you're big and famous.

Retrospective: Best Titles of the Past

Samarost - It was to nobody's surprise that Amanita Design's interactive art adventure took top honors in 2004, but who would have predicted it would have gone on to become one of the most enduring bits of flash gaming on our site?... well... anyone who played it, really. Reader Zeke said of it, "The gameplay (I use the term loosely) is relaxing and engaging. And the artwork and sound are among their elements that distinguish them from other point-and-clicks. I echo Jay's comment that this is a "masterpiece of creativity and interactive art"."

Grow Cube - In 2005, it was On of Eyezmaze who took the top spot with this gorgeous and adorable little puzzle. The Grow series has gone on to become one of the most popular sets of games on our humble little site, and small wonder; figuring out the correct order of things as the animations play out before you in surreal fashion will always be a treat. Reader Vincent Anthony Lim cheers, "I saw Grow RPG then I got hooked on playing the first two games. Then I found this, it's unbelievable! It makes me want to become a flash animator-cum-game designer."

Within a Deep Forest - In 2006, esteemed overlord Jay began to split the games into categories, and nobody was surprised when Nifflas won with this game in the Free Download category. Metroidvania is still more than a little popular, but the adorable charm that offsets the high difficulty sets this one apart from even those that have come after. Reader Denny offered, ""Awesome game! The music fit perfectly (and helped dampen the IMMENSE FRUSTRATION at the two hard parts--Can anyone say Glass Ball or Underwater Lasers and not cringe after beating this?!)"

Papa's Pizzeria - In 2007, Flipline Studios proved that the way to a gamer's heart is through their stomach, and whenever pizza is involved, that's definitely took. Creaming its competition in simulation, this time management game that tasked you with specifically creating and cooking for hordes of starving customers not only was incredibly addictive, but also went on to spawn a series of its own. Reader Jujubean cooed, "This is one of my all time favorite games. I admit that I have a soft spot for cooking and customer service games, but this game is very interactive on many different levels."

Vision - In 2008, Japanese developer Neutral dominated the escape category, sweeping the win for both Best of 2008 and Audience Choice in its category to book. Even today, hearing about a new Neutral escape makes fans of the genre tapdance with giddy anticipation, and this beautiful piece of work will show you why. Reader ThemePark enthused, "Finally completed it and I have to say, this is better than their other two games combined. Very impressive."

This is the Only Level - In 2009, jmtb02's pudgy blue elephant pulled us into a world of comic puzzle platforming and we never looked back. Sharing the top spot in the Platform category with highlighted pick The Company of Myself, this sometimes comical, sometimes frustrating game eventually spawned two sequels and a whole new set of diehard pachyderm fans. Reader Vebyast points out, "Very nice game. As usual with games from jmtb02, it's great commentary on the structure of games, with metahumor."

... But That Was [Yesterday] - Just last year in 2010, OneMrBean's emotionally affecting and uplifting winner of the 9th Casual Gameplay Design Competition also won for Best Interactive Art or Experimental title. While some readers felt the game was somewhat too linear and uninteractive, others were genuinely moved by the message and clever means of story telling. Reader Mark commented, "I thought it was a wonderful, beautiful game. Is it groundbreaking as far as gameplay goes? Maybe not in the way you would normally apply that term. But it, along with things like Every Day The Same Dream, go a long way toward refuting those who say that games can't be art."

3DS... In Spaaaaaaace! Terry Cavanagh's wonderful and challenging little retro platformer VVVVVV can now go wherever you go... so long as you have a Nintendo 3DS! Available in the Nintendo eShop for $7.99 USD, the game also now comes with "experience heightening 3D". I wish I could tell you how that works out, but since I don't have a 3DS, I'll just have to content myself with sitting here in the bushes and pressing my nose against the glass of your window while you play. Nice pants, by the way. 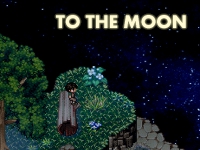 To The Sequel Remember indie adventure To the Moon? Well, you should, and not just because it hasn't even been out for two months. Despite lacking a bit in the actual gameplay department, To The Moon is one of the best and most cleverly crafted storytelling experiences you can ever hope to encounter. If you've played it, then you know the story left a few questions, and there's a big fat TO BE CONTINUED at the end, so now's your chance to pop on over to the official forum thread for thoughts and wishes for episode 2 and make your voice heard if you have anything special you'd like to see. You know, other than the game right flippin' now or something. 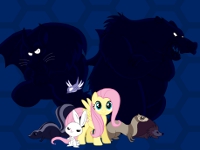 My Little Fight Club Whether you love ponies or just don't get it, you have to admire the dedication of the team behind My Little Pony: Fighting is Magic, the upcoming indie fighting game based on Lauren Faust's cartoon. While no significant new announcements have been made, although you can find a number of new informative posts on the work and even some voice acting, you may be interested to know that the game now has its own official Twitter right here and is taking and answering questions from the community. Perhaps most exciting, though still maddeningly vague, is the assurance that the game will be released "soon", but there's also a lot if other interesting info to be found about the game if you look. 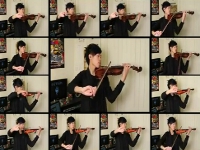 Bonus: FUS RO Whoa... If you really want to feel like an untalented shmuck, check out this video of the supremely talented Jason Yang performing an acoustic and electric violin cover of some of the music from a little game called Skyrim. (You've probably never heard of it.) Not only is it achingly lovely to listen to, it's a great example of the inspiration and passion some games can stir in those that love them. Of course, while this is an appropriately stirring and epic tune, this actually probably hits closer to home for yours truly.

The link to samarost is busted. I don't think you need the "target=" on the end.

I'd think Dora was making up all this My Little Pony stuff, except I saw it with my own eyes. I missed out on something growing up, apparently, when all I had was Strawberry Shortcake, Smurfs, and Hungry Hungry Hippos... where's the fan based games for those, eh?

All I can say is WOW! in response to Jason Yang's brilliant musical abilities.
Skyrim's on my bucket-list of games...

Thanks for reposting all these wonderful games from the archives. I've just spent a few hours revisiting some old favourites; especially Samarost, which I haven't played in years.