The great thing about the internet is that there's something for everyone on it. You like stuffing helpless little animals in airtight balls and forcing them to battle to exhaustion for your enjoyment? You like cackling madly while you orchestrate the downfall of humanity in the most grisly fashion possible? We got that... and you're going on some sort of government watch list. There's a lot of cool stuff coming on the horizon, and here's just some of it we're going to be keeping an eye on. 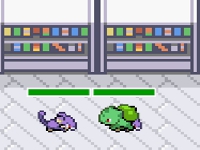 Gotta Defend 'Em All If you love Pokemon, then chances are you already know all about Pokemon Tower Defense, which, unlike most fan-made games, surprised everyone by being both really good and not immediately squelched under a corporate bootheel for being so. Well, surprise! The game has now been updated to version 6.2.1, which comes with a number of bug fixes, as well as a new story level and even a new Mystery Gift. The game has come a long way since its first incarnation, and if you love it, you might also want to check out the developer's blog for progress and information about... dun dun dun... Pokemon Tower Defense 2! How many Pokemon are there now anyway? Is Team Rocket still having us prepare for trouble and then doubling it? 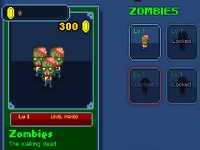 Carnage Was Never So Cute Centuries from now, when alien architects are cataloguing our culture, they're going to wonder why 75% of it is made up of zombie worship. When we are dust, future generations are going to find all these games about brains being eaten and headshots and think we were more than a little cracked. But who cares! Later this March, keep an eye out for the strategic apocalypse simulation Infectonator 2. Judging by those screenshots, it looks like it's going to capture all of the slapstick carnage of the original with a significant visual upgrade and much more content. What do you think... are you looking forward to bringing around the end of the world with as much screaming and flesh-eating as possible? 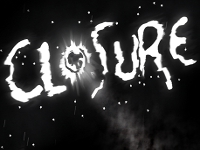 A Light in the Dark Do you remember Tyler Glaiel's eerie puzzle platformer Closure? Well, you should, because it was awesome, and it's going to turn its amp up to eleven this year. Tyler and his crew consider the original flash game a prototype, and a "full" game will be hitting the Playstation Network (yay!) later this year, with PC and Mac releases to follow. You'll definitely want to check out the new official site and watch the trailer for this, because it looks like it's going to be absolutely stunning. And judging by the sheer girthiness of the awards Closure has taken home from IndieCade and the Indie Game Challenge this year, a lot of people agree. Keep your eyes peeled for this one, folks. It's gonna be a winner. 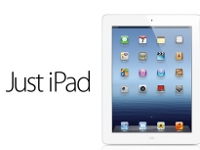 Extra Shiny Mobile Gaming So you may have heard of this little device called the iPad, and you further might have heard about the new one coming out on March 16th. If not... surprise! There's a new iPad coming March 16th! You can visit the official site to learn more about this sleek little device, or hit up Gizmodo's wonderfully informative article. Why are we telling you about this? Well, mainly because iOS games that take advantage of this super powerful new hardware are going to be even more impressive than what we've got now. It's both impressive and a little depressing to think that something could make the original iPad look clunky by comparison. What do you think? Are you looking forward to upgrading and seeing what developers will be able to do? Or, like me, are you going to sullenly huddle in a corner with your first generation iPad while the radio plays "All By Myself"? 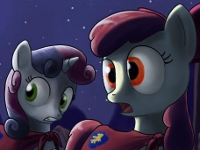 My Little Update We've already talked about the upcoming mystery adventure My Little Investigations by Equestrian Dreamers, but I promise you that if that caught your interest you'll want to check out this latest update on the project. When last we left our intrepid brony developers, the game was using a lot of stock art, especially in normal gameplay. NO LONGER! This recent blog update really shows you not only how far the game has come from its initial conceptual stages, but also gives you a glimpse of what the final project will look at. Twilight Sparkle's gameplay animations look absolutely beautiful, and that cut scene artwork featuring Applebloom and Sweetie Belle is gorgeous. Still no word on a release date, but this is shaping up to be an absolutely stunning fan project. Whatever your feelings on the source material, you can't deny there's a ton of impressive talent and work being put into this. 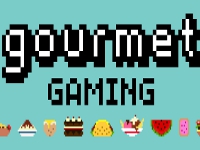 A Gamer Plays On His Stomach If, like me, you have been known to enjoy a game or three and, also like me, you think cooking is rad and secretly like to imagine Alton Brown is your real dad, you'll want to check out the Tumblr blog Gourmet Gaming, which updates every Wednesday with a new dish taken from your favourite video games. Not only are these recipes imaginative and delicious, they also provide a great way for you to indulge your creative side and your love for gaming at once. (Besides, you can't tell me you've never wanted to try the Aiya Rainy Day Special Mega Beef Bowl.) The recipes you'll find range from everything from salads to deserts, with a cocktail or two thrown in, and come in a variety of difficulty levels for you to cut your culinary teeth on. If you enjoy cooking and games, I highly recommend you check these tasty and talented folks out and then share your results. And then when you get older, we can talk about a certain inebriated SquareEnix mascot too.

I'm sorry, but this was a wasted link dump Friday for me. I come to JIG for links to play new games each day, not read about upcoming ones. It would have been an easier pill to swallow had there been an actual new game to play posted today, but I guess the server migration put y'all a little behind.

The worst part is that now.....I might actually have to WORK while at work today. Oh nooooooooo!

We have new games today! More are coming as we speak, too. (Yes, it got a little delayed, but they're coming through now.)

It's gotten to the point now that when I realize it's friday, I go to this site and see if there's any more news about MLP. otherwise, I come here to waste time playing games.