This year, May is coming in like a lamb and going out like a huge, monstrous, emotionally scarring lion if Edmund McMillen has anything to say about it! But that's not all. There's a lot happening this year, and not all of it involves children being forced to battle hideous monstrosities somewhere dark and unfriendly. Such as... 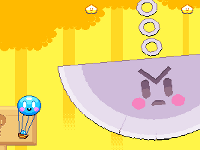 Demonstrating You're Full of Hot Air Nitrome's latest online playable demo has arrived in the form of Hot Air Jr! This is your chance to see the creative process behind one of the most popular developers around and see the game evolve. Nitrome says that the game is being created with the complaints about difficulty in the original games, and they're also looking for feedback on the game's engine and concept as a whole. It's great to see developers reaching out to their community in an effort to keep growing and honing their craft, so make sure you check it out and then drop them a line of encouragement! 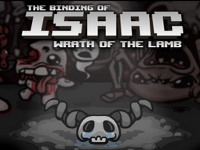 Soon Even More Hilariously Traumatic! A special thanks this week to eagle-eyed reader MKcyborg who graciously e-mailed me to remind me about the upcoming expansion pack for The Binding of Isaac, the twisted roguelike action-adventure from Edmund McMillen and team. Titled The Wrath of Lamb, it's due in late May for the low price of $3.00 USD and promises 80% more content including new characters, new enemies and bosses, and a ton of new items to name just a few things. This announcement was made a few months ago, but with May just now poking its sleepy head above the covers, it's time to start getting really excited. The Binding of Isaac only costs a measly $5.00 USD on Steam, and if you've got a strong stomach and enjoy challenging, disgusting action, you definitely want to check this out if you haven't already. You can even play the free online demo right here! 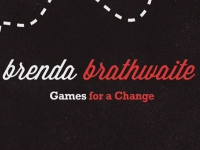 TED Does Games If you don't already know about TED, the conference that features talks from people of all walks of technology, entertainment, and design, you really should get familiar with it. In November of 2011, Brenda Brathwaite made an appearance and spoke about games as a means to convey messages and emotions, and the video, called Gaming for Understanding, is finally available online to watch here. She talks about making a game for her daughter to more fully understand slavery as it happened, and how games can have a much deeper and profound connection to us than people suspect, which is something a lot of you probably believe in. Her nerves seem to be getting the better of her in that she's speaking a little fast and unsteadily, but it's always great to see people discussing games from a deeper perspective, so check it out! Maybe now people will realise games aren't just about mindless violence and instant gratification. Now, if you'll excuse me, Tommy Vercetti and I have to go steal a semi and drive it down a crowded beach. 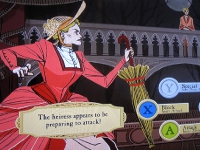 Love as Art My fellow Canadians! I miss you so, and I implore you to visit Ontario's TIFF Nexus exhibitions to see the Comics vs Games Jam. Everyone's favourite sneakily introspective scribe Christine Love has partnered with stunning artist Kyla Vanderklugt to create The Mysterious Aphroditus. Christine says the game will likely eventually make it online, but if you're a fan of art in games and indie work in general, you should definitely make an effort to go play it and the other innovative new titles this weekend in Toronto at the Toronto Reference Library. (And then at the Toronto International Film Festival in September!) Tell me... is Tim Hortons coffee still as delicious as I recall? I miss you so much, Canada.

Actually, this has been changed to 80% lately also, you seem to have missed the demo of "My Little Investigations" which will be released tomorrow, (5th of May), right here:
http://www.equestriandreamers.com/

I mentioned the upcoming demo for My Little Investigations in the last Link Dump Friday. :)

In case anyone was interested in furthering the subject.

You guys didn't announce that "Sword & Sworcery" was on Steam.
Add "The Journey Down" remake coming May 18 and "The Dream Machine" on Steam coming May 11 on you list, please!

@dora Guess I forgot that >.> At least you didn't say: "Objection!"