Ermahgerd, you guys! This week we have a whole plethora of things for you, including the opportunity to win one of the site's favourite classic indie adventure games, ponies applebucking each other across the room, the Fluffy Dimension, and endless terrible deaths! It's like Christmas in July, only more confusing! 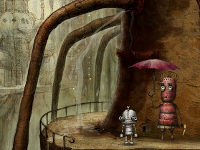 CONTEST: I For One Welcome Our Adorable Robot Heroes Essentially, I'm a terrible person who can really only muster up my top levels of excitement for games that involve terrifying things or fine feathered freaky friends, but even I have to admit that the Amanita Design hit point-and-click adventure Machinarium is both amazing and adorable. So let's give you a chance to put some metallic sunshine in your day by giving you the opportunity to win one of three free copies of this story of love and robots! To enter, just play the free flash demo and leave a comment here. If you haven't already experienced Machinarium, you'll definitely want to... the game isn't one of the community's most beloved titles for no reason. Rules: Entries must be submitted by August 3rd, 11:59 p.m. EST (GMT-5). Winners will be notified by e-mail shortly thereafter. Winners are selected randomly. One entry per person only. You must be at least 13 years of age or older to enter. No purchase necessary. Void where prohibited. UPDATE: And the winners are: David B., Iena42, shjack180. Thanks for playing, and you'll be notified by e-mail soon! 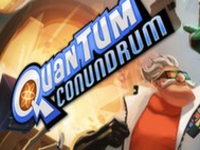 Return of the Fluffy Dimension Quantum Conundrum, or as I call it ever since I started watching Star Trek this past week on Netflix, "Being Imaginary Best Friends With John de Lancie", is a great little cartoonish first-person puzzler that revolves around you as a young boy trapped in the house of your uncle, an eccentric inventor. You must use a device that allows you to swap dimensions around you to manipulate your environments along the way if you ever want to find your way out and rescue your marginally grateful and uncle. It's fun, it's weird, John loved it in his review, I loved it since I picked it up because I do what John tells me to do, and if you've already bought and loved it too then you'll be thrilled to hear there are two upcoming DLC packs due out later this year that will add even more content to the game. The packs will, unfortunately, cost you an additional $2.99 USD apiece on top of what you've already paid, which is a little disappointing, but The Desmond Debacle (July 31st) and IKE-aramba! (August 28th) will definitely be welcome if you're already a fan. 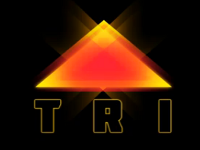 Now You're Thinking With Triangles We've talked about the upcoming first-person puzzle platformer TRI before, but now you can play the demo! The game, coming for PC and Mac, is an absolute trip to behold and a blast to play, as you create triangles that allow you to explore and manipulate your environment in a variety of strange and useful ways. The pre-alpha release video on the official site showcases the game's groovy style and theme, as well as how you can use your TRI power to spawn and tweak triangles to do everything from let you stick to walls to shift light and much more. If you like unique indie adventures with a heavy emphasis on puzzle and exploration, this is definitely one for you. 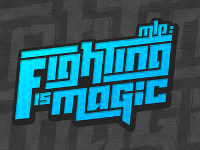 Party Cannon, I Choose You! You're getting closer and closer to your dream of forcing your favourite colourful cartoon ponies to beat the hay out of each other, you monster! Progress marches on for Fighting is Magic, the upcoming totally free fighting game based on My Little Pony: Friendship is Magic, and since we last checked in quite a few new things have been revealed. There are a ton of My Little Pony projects out there in the works, but few can hold a candle to the degree of polish and professional detail in Mane6's work, and the most recent video showing combat and combos is a prime example of this. The animation is fantastic, and while initially you'll only be able to play as the show's primary pony cast, you can look forward to a total of seventeen ponies in the roster eventually. (Although the confirmed lack of Discord makes me sadface.) Stay tuned for more updates, and keep yourself in fighting shape for the eventual release! 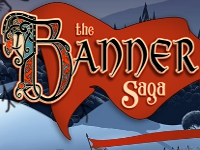 Making Stabbing Look Pretty The upcoming episodic adventure strategy RPG The Banner Saga is one of those games you can yearn for as much as you dread, because you know it's gorgeous and is absolutely going to devour your free time. This week, you can snag a preview of how combat is going to look thanks to the art direction in this blog post, which more than showcases the cinematic animated style the development team is trying to keep throughout the entire game. It's particularly interesting because it showcases some of the thought process behind designing it... chances are not every player will notice or appreciate the care that goes into deciding whether the tables are messy after a viking feast, but it's minor details like that which bring a whole new depth of subtle life to the game. 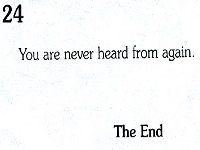 It Doesn't Count If You Keep Your Finger On the Page If you're old enough to remember a time when your imagination was your graphics card, then prepare to get all wistful and whatnot as you browse You Chose Wrong. This wacky and delightfully morbid little Tumblr highlights the many, many, many possibilities for failure and death that came about when you picked the wrong path in the classic Choose Your Own Adventure books. From the weird to the horrific to the silly, it's a fantastic little trip down memory lane and proof positive that whether games are on a console, your browser, your desktop, or your bookshelf, their creators love to do horrible things to you. Aw.

I just played the demo of Machinarium and would definitely like to have a chance of getting it for free. I love how you have to complete a mini game to get a walkthrough. Ingenious!

Likewise, i just played the demo, loved the graphics.

Would love a chance at the draw.

I had been meaning to check Machinarium out, and the demo didn't disappoint. I'd like to enter the drawing, please!

Played the demo. I hope the random number god shines His favour on me.

By the way, how do you guys confirm if we've played the demo?

Very cool game! I have played it before but would really like to play the full version. Also I love
your games site. I check it out daily. Keep up the good work!

I just read You Chose Wrong from beginning to end. And I thought Sierra's adventure games were sadistic...

Just played the Machinarium demo, and thoroughly enjoyed it. I've been a fan of Amanita Designs since I first discovered Samarost here on JIG many years ago but wasn't aware of Machinarium. Neat find! Amanita Designs outstanding attention to every detail sets them apart.

Got my fingers crossed hoping to win this one!

Robots please! The demo was lovely and I'd love to be able to finish the game.

Machinarium is a beautiful game. Its interface is easy to learn and the puzzles are clever and interesting. Would love to win the full version.

Love all the Amanita Design games. They are so beautifully illustrated...And I definitely would like to be entered in.

I remember playing the demo when it first came out :) I have wanted the full game ever since, but never got around to buying it! I like the raw yet homey feeling it gives me.

Wow, Machinarium was adorable, and just the right amount of puzzling was required to get through. It had a very Haluz-like vibe, and I just love these more surreal pieces.

Sign me up! Played the demo long before this, and hopefully, I can finally cure this long-standing itch once I've played it from start to finish. MACHINARIUMMMM

One of the best games I've ever seen...
Sign me up for the prize, i'm starving to play full version.
AMANITA RULEZ!

I guess I'll try my luck again and see if I can win this prize. I remember playing the demo about a year ago and it hasn't faded in memory. The music was particularly memorable. By The Wall, from the game's ambient soundtrack, remains one of my favorite instrumentals.

From what I experienced in the demo, Machinarium's puzzles were satisfying and I'd love to play through the whole game. In any case, I'd like to buy Amanita Design's work. I've appreciated their work time after time, and it's long overdue.

Gorgeous art work.
Great puzzles.
I'd like to enter please.

I really liked this game! I found its challenge refreshingly appropriate for casual gameplay. I really like point and click games you can play with the mouse. The art work is very nice and does not interfere with finding the clues and items needed to advance to the next level. The music is enjoyably in the background and does not distract the player. I would really like to win/play the full game.

Played the Demo when it first came out, and have played it a few times since, trying to pretend that I can just keep playing past the demo, lol. Love everything that Amanita Design does. Always wanted to play the whole game, but have never had the means to order it. Sure hope I'm picked to win the full version. Wish everyone could win :)

Stopped by to see if there were any posts about or from the winners. Don't see anything. Have the names been drawn yet?

lol.. never mind, just saw it above. Congratulations to the winners. :)