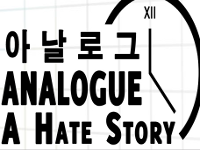 CONTEST: Love Does Hate If you've played her games, you know... Christine Love is practically peerless when it comes to crafting characters and storytelling. Her first commercial release, Analogue: A Hate Story is as profoundly insightful as it is disturbing at times. You play the role of an agent sent to recover the logs of a spaceship, previously missing for thousands of years, and between two vastly different Artificial Intelligences you'll gradually uncover the truth about the ship... and human nature. So naturally we want to give you a chance to experience it! To win one of three copies, try the demo and leave a comment on this entry. Rules: Entries must be submitted by August 10th, 11:59 p.m. EST (GMT-5). Winners will be notified by e-mail shortly thereafter. Winners are selected randomly. One entry per person only. You must be at least 18 years of age or older to enter. No purchase necessary. Void where prohibited.

THIS CONTEST IS NOW CLOSED Winners are as follows:
Akarroa
dra.alet
furyofachilles
Thank you for playing, and you will be notified via e-mail! 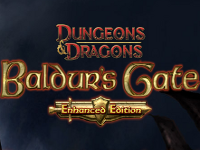 Come, Boo! There is Evil Whose Buttocks Has Not Been Kicked! Baldur's Gate is without question one of the finest classic RPG experiences you can have, but if you're thinking of picking it up, you might want to wait for September 18th when the Baldur's Gate Enhanced Edition hits. Featuring an estimated six hours additional playing time, three new characters (which are unfortunately a separate purchase if you pick the game up for iOS) and much more including support for community-made mods, it looks like the perfect way to spend the $20.00USD it'll run you. Plus, it's almost in time for my birthday, and I can't think of a better way to celebrate than with everyone's favourite surly Thayvian wizard, giant space hamster, and no-nonsense taking half-elf druid. 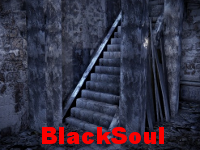 Dang England, You Scary If you like survival horror, newcomer XeniosVision has a project you might be interested in. The upcoming BlackSoul stars Ava and Sean, two different people venturing into a quarantined village for entirely different reasons as they search for the truth and presumably try not to have horrible things happen to them. Though there will be things to fight, the game stresses that you'll need to use your brain as well, which should make adventure game fans happy. It sounds a bit like Resident Evil 2 met Alone in the Dark: The New Nightmare in a romantic, dimly lit bar, and it looks absolutely gorgeous to boot. 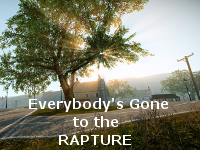 Open-World End-of-the-World thechineseroom's smash-hit indie adventure-ish game Dear Esther is undeniably a gorgeous, rich narrative, but arguably more "interactive story" than actual game. Well, the upcoming "spiritual successor" Everybody's Gone to the Rapture promises to deliver just as deep a narrative with more meaningful and in-depth gameplay. It's an open-world type title where you have just one hour to witness the events in a sleepy little village before the world ends, and the decisions you make and the people you decide to influence (or not) will have a big impact on the story. You can read more about the concept in an interview over at BeefJack, and look for the game to come out in summer of 2013 for PC. My plan for the end of the world? Pajama bottoms, mushroom ravioli, and re-runs of Star Trek and Friendship is Magic. If I have to go, I'm going comfy and nerdy. 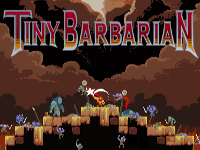 Tiny, Manly Adventures If you loved last year's platformer Tiny Barbarian, prepare to swoon over its itty-bitty six pack all over again with the upcoming Tiny Barbarian DX! TinyB will set out on a much bigger adventure packed full of new enemies, treasures, damsels and more, all completely reprogrammed and optimised for your gaming pleasure, because developer StarQuail loves you that darn much. You can check out a few screenshots and pick up the original game over at the official site, and I recommend stocking up on baby oil to make your bronzed torso glisten in advance, as there's sure to be a rush. 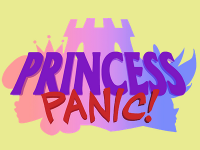 Double Your Heroine, Double Your Fun WARNING: Linked site contains some profanity and content rated "O" Josh Lesnick, creator of the popular online webcomics Wendy and Girly, is dipping his toe into video games with the upcoming 2-D yuri platform RPG adventure Princess Panic! The game stars Princesses A and B, who rule neighbouring kingdoms, and both discover one morning over breakfast that the other has been captured, and so set out to rescue one another, without really knowing who, if anyone, needs rescuing! As of now, the game mostly exists in concept, though several people have thrown their talents into the pool and without a doubt anything that features Josh Lesnick's signature brand of absurdist humour and knack for surprisingly touching storylines is bound to be entertaining. You can browse the official site to learn more about it and take a gander at the lovely concept art (provided you don't mind a bit of profanity and some risque humour), and keep your eyes peeled for more developments to come. Princess B is already my favourite. 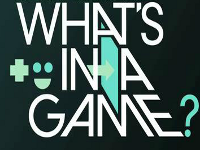 Spoiler Alert: It's Circuits and Ground-Up Pixies You've heard about Indie Game: The Movie, right? Well, it might be time to look at things from a broader perspective. Or at least, that's what Colin Snyder and team think! Get ready for What's in a Game?, an upcoming documentary featuring everyone from Anna Anthropy to Tim Schafer discussing games from every angle, including how culture, commerce, and more have influenced gaming's metamorphosis on the journey from arcade to living room. The creators want to inspire you to make games as well as play them, and considering the wildly diverse people who will be sharing their experience and opinions, there's a good chance it'll do just that.

From what I played, Analog was a fantastic game!

Gee, I really hope they will do a Baldur's gate 2 enhanced edition too!

Analogue looks really interesting, although it cuts out right when it's getting good. I would have liked to talk to *Mute a bit.

Still, it's an interesting premise and the writing is nice.

Ooh...totally stoked about Analogue. Would love to play the full game!

From what I can currently see from the demo, Analogue's story is presented in a very unusual, but interesting way. I have loved Christine's other games like Digital and Dont Take It Personally and both of those have been free. I cant wait to see what makes Analogue worthy of a $10 purchase.

I'm super stoked about Analog and the demo wasn't enough for me. If it's anything like Digital: ALS, then it's going to get quite a few replays from me as I fidget about with it. Amazing from what I've seen so far.

I've been interested in Analogue since it came out. I've heard really good things about it. And now that I've played the demo, I'm even more intrigued! I want to know what happened! I want to know about *Mute! Ahhhh... I really, really want to know more. If I'm not lucky enough to win a copy here, I might just have to buy it for myself for my birthday.

(I'm also glad that this is a game I can actually play on my system. Being both a Linux user and on an outdated laptop tends to limit my computer gaming opportunities.)

I really, REALLY, need to finish the full Analogue: a hate story... I've become a fan of the maker with the free games released in the past, Digital, and Don't take it personally... I wish I can try the full game... please...!

Have the Analogue winners been selected/announced? If so and I didn't win, I'd like to know so I can go ahead and buy it. :D

So, assuming the contest's still open (these things are supposed to get a week, right?), I'd quite like a chance to play the full game of Analogue. The demo was quite interesting; I had almost forgotten how well Christine Love does characters.

The article gives the deadline as August 3rd, but maybe that was a typo?

Probably. August 3rd was the deadline to last week's contest; these Link Dump Friday contests always get a week. It's not even the first time they've initially put the wrong deadline either.

Sorry about that. Yes, the deadline is August 10. The copy/paste monster strikes again.

I got overexcited and went ahead and bought Analogue. You can take my name out of the drawing. XD