It's been a busy week here at JayisGames Headquarters, located deep inside the portion of Superman's Fortress of Solitude he doesn't use that often anymore. (It's in the same wing he keeps all his "As Seen on TV" merchandise. Did you know Superman owns a Shake Weight and a whole warehouse full of Sham-Wows?) Not only are all fourteen entries in our Casual Gameplay Design Competition available to play and vote on now, but there have been a whole host of exciting announcements in the indie gaming community and it's all enough to have you high-fiving all over the place like a maverick. 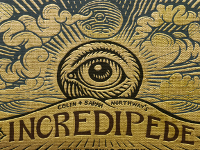 Eyeballs and Sinew? Not Creepy At All Colin Northway knows that building stuff is way cool, so therefore building stuff out of your own flesh is way cooler, right? Together with his wife, the immensely talented Sarah Northway, he's about to send you on one weird journey in Incredipede. Due out later this year in beta for PC, Mac, and Linux, the game follows an unusual creature named Quozzle who can grow new arms and legs to change her shape, and sets out to rescue her sisters across sixty levels that will increasingly challenge your understanding of her form and the way the world works. It looks at once both surreal and stunning, so if you want to support it like we know you will, consider pre-ordering Incredipede today! 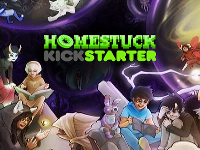 The Mouth of Madness and Adventure Every now and again, someone submits the baffling (and somewhat vulgar, so readers beware) MS Paint Adventures' Homestuck for our review, even though it's not technically a game in the typical sense that we'd review. Well, there goes that excuse. Creator Andrew Hussie has just launched the Homestuck Adventure Game on Kickstarter, with an aim of $700,000.00USD to bring his baffling internet sensation to gamers everywhere in 2014. It seems as if fans have been waiting for this, since as of this writing, less than a day after the initial launch the project has raised $545,000.00USD of its goal, with $15.00USD the minimum donation required to receive a digital copy of the game once it's released. The comic/madness project the game is based on has a planned ending in 2013, so chances are by the time the game finally arrives fans will be lounging around in mourning garb. Odds are that by the time this article goes live the funding will have already been successful, but if you're a fan then this is a great opportunity for you to support it. For the rest of us, it's time to do some research and try to penetrate the cloud of maximum bizarro mist that lays heavily over the whole thing. Wish us luck! 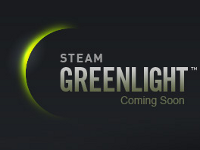 Green Light!... Red Light? In some ways, Steam's new Greenlight service, which allows indie developers to promote their games for a chance to be sold on Steam via community vote, is already a success, with a ton of worthwhile projects already having been submitted. Of course, the flipside is that with over 700 games submitted thus far, not all of those are serious or legitimate projects. Steam's solution to this is the announcement of a $100.00USD entry fee, which will go to charity, and should help cut down on the number of submissions substantially. Of course, while it's a good idea and you'll probably find a lot of developers willing and able to pony up the bits, it's important to remember that for some people a hundred bucks is a lot of money, and being "serious" or passionate about their craft doesn't enter into their inability to pay. Like love and velociratpors, of course, many developers will find a way, and Greenlight still represents a potential golden opportunity if you can get a foothold in the door... and the community.

BOOOOOOOOOOOOOOOO It's probably a good thing I don't have magic powers like Howl, because I would be in an extreme state of slime-extruding sulk right now. Originally planned to release later this year, Amnesia: A Machine For Pigs has been pushed back to early 2013, which, as I think we can all agree, is practically for-ev-eeeeerrrrrrrr. The obvious, mature response to this is of course to say that we've already waited for two years so we can wait a little longer, especially since they plan to use that time to ensure they meet player expectations. But frankly? Being mature is for suckers. Waaaaaaaaah-ha-ha-haaaaaaaah... 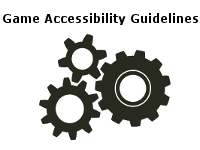 Making Fun For Everyone If you don't have any physical disabilities yourself, it can be easy to forget just how impossible to play some of your favourite games might be if you were. It's something not every developer thinks of, either, but the Game Accessibility Guidelines aims to change all that by helping to spread awareness and pointing out ways to tweak your design and mechanics so the end result can be enjoyed by as many people as possible. From reading disabilities, to physical limitations like immobility, deafness, and more, there are a lot of things that can potentially keep someone from even trying your game... but with a little thought, research, and extra effort, that doesn't have to be the case, and I guarantee you people will appreciate you for it. 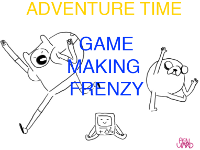 Game Development With Finn and Jake So apparently Adventure Time is a thing some people like, and potentially those same people might be excited to hear that Fantastic Arcade and Juegos Rancheros are giving you a chance to prove it. From September 14th to September 16th, you can take part in the (first annual!) Gamemaking Frenzy, a 48 hour game building expo anyone can join in. This year's theme should provide a lot of potential inspiration for awesomeness. Bonus points to anyone who manages to explain the show to me without actually making it sound crazier than it is! 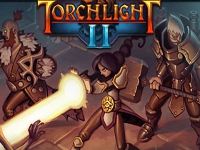 September 20th: The Day Your Free Time Died It's here! It's here!... well, almost! Torchlight 2 will be released on September 20th! This is fantastic news for everyone, fans included, but it has to be a momentous occasion for Runic Games to see all the hard work and talent they've poured into the project finally come to fruition. You can check out our review of the original to see if it's up your alley, but fans of Diablo-style hack-and-slash action RPG gameplay should find a lot to love here. Congratulations, Runic Games! Now I can stop lurking outside your windows in the bushes at night!

I'm looking forward to the new Amnesia, but I'm scared it'll be overhyped. It wasn't that popular when the original was released, but now its become so popular I'm scared people will "ruin" it.

I don't want to sound like a douchey hipster, but it's how I feel. That overhyping it will ruin it, and those of us who have been kinda commited to the company will be forgotten.

While I think it's a somewhat legitimate concern that they might be trying to reach too many different people, I think I'm more worried about the addition of another developer. thechineseroom does great stuff, but Frictional set a specific tone and atmosphere and style with Amnesia, and there's always the worry that too much of that might be altered to fit another developer's style. Plus, there's always the potential for sequels to be changed TOO much from their originals out of a misguided sense that they NEED to be drastically different. I say that as a whiny fangirl, of course, and I'm sure it'll still be a great game because of the talent behind it. I just hope it's still Amnesia. :)

What time is it?