We're well and truly into October now, so how's it treating you? The year is ticking down, but there's still time to do something with yourself... learn something new, maybe! I've spent the last week or so trying to learn how to play Dwarf Fortress, for example, but I gave up when I was forced to admit the difficulty scale was so far over my head I could only have reached it piggy-backing on an extremely determined Cole MacGrath, so I went back to something more my speed. It's also that time of the year when the releases start flying in thick and fast, so let's take a look at what we have on our plate! 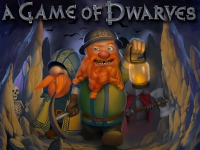 Digging is Coming Who doesn't like dwarves? They're stout, loud, industrious, and huggable... if you don't mind taking a plated fist to the jaw. And yet they're rarely the stars, typically relegated to comic relief or perplexingly dreamy yet unattainable sidekicks. ZEAL Game Studio's upcoming fantasy simulation strategy game A Game of Dwarves aims to change all that by putting the little guys center stage. You'll lead a dwarven prince on a quest to recapture "the old country", building, expanding, training, and exploring a procedurally generated world. It looks fantastic so far, with a great cartoonish flair and all sorts of challenges and treasure to encounter, and if it sounds good to you, you can play it when it releases this October 23rd for PC. 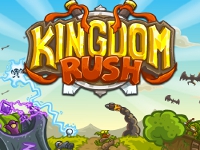 It Needs to be About 20% Greener Do you love Kingdom Rush? What am I saying, of course you do! You voted the realtime defense strategy game 2011 Game of the Year, after all! Well, if you've always wanted more of it, now's your chance to help, because the developers are trying to get the game on Steam via Greenlight, and this won't be a simple Flash port. Instead, it's going to be a remake from the ground up, including a whole new campaign that will expand the game's original content by about 50%! If this sounds good to you (of course it does) then make sure to show your support by voting for it... and then play it again. It's good for what ails ya. 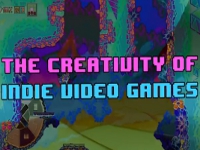 The More You Know PBS isn't just about Sesame Street anymore! Their online series PBS Off Book deals with art and internet culture, and recently they spoke about a subject you'll probably agree is near and dear to all our hearts... indie games. The Creativity of Indie Games is a short video that talks about how indie games are made, and why they're starting to become more and more successful, as well as some of the things people love about them. The video features some familiar faces, but perhaps more importantly showcases a ton of some of the best games the community has to offer, and is well with the seven minutes it'll take you to watch it. For some people "indie games" is still synonymous with "cheap and not as good as AAA titles", so it's great to see the hard work and creativity these teams pour out getting some more widespread recognition. 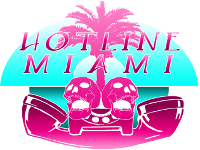 Coming Soon: Something Unspeakable and Weird... Yay! A lot of people are pretty excited about Hotline Miami, the upcoming surreal, hyper-violent retro action adventure from Dennaton Games and Devolver Digital. Thankfully, the wait is almost over! The game will release for PC on October 23rd, and now you can pre-order it DRM free at Good Old Games for just $8.99USD. The game follows you as you go on murderous rampages following mysterious messages left on your answering machine in an alternate 1989 Miami, and promises to balance its challenging, gory gameplay with a complex, surreal story to boot. This one could be something special, or just something spectacularly twisted, so show your support and pre-order today! 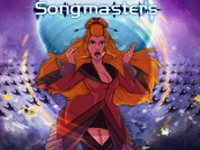 Free-to-Play and Freebird? If you like multiplayer games, you might want to pay attention to Matthias Cr�vieaux's Songmasters, an up-for-funding and upcoming free-to-play browser strategy game where music is your weapon. The game bills itself as an epic space opera, where opposing Houses battle for influence and the imperial throne, using heroes called Songmasters who can literally use their music and voices as weapons. It looks fantastic so far, with a great stylish flair and clever concept, and since the game is free (though you can probably anticipate some form of microtransactions), all your donations are even more important if you want to see it happen. Frankly, good luck ever defeating me, since my favourite songs are Crazy Train and Don't Stop Believin', and I think we can all agree those are the two greatest songs ever written, so there's no contest after that. I can also scream/garble the approximate lyrics to Gangnam Style. Do I win?

At some point JiG decided to change LDF from mostly links to games into links to insider indie scene stuff that may or may not be something someday.

It feels like less content but you guys do put out a lot of content so that's not fair, but I'd rather you'd changed the name at the same time to reflect you were changing the content.

Previously I read almost every link and now I skip past the entire post.

Sorry you feel that way, rc, but we feel the name is still relevant. It's a bunch of links to different content dumped into one article. :) We have extensively spoken about our decision to change Link Dump's format and why, and that won't be changing. Fortunately, as you point out, we DO post a lot of other content for free all throughout the week for every taste (browser, mobile, download, indie, etc), so I'm sure you can find something you like!

That episode of Off Book is a "must share" for anyone who appreciates Indie games. It also illustrates why these types of games deserve much more notice than they get, an underappreciation that's partly due to misperceptions about electronic games in general.

It's impressive how games can be a medium for storytelling, an artistic means for expression, and so effectively poetic, which is why it's disappointing to see games trivialized by stereotypes in the general public's perception. Maybe more shows like this can help change that perception so more people can appreciate games as art and discover what they've been missing.