When you've got the Wild West in your future and trains in your past, you've got to start wondering if something went screwy with the space time continuum. I mean... Marty? Got any ideas? Tachyon particles went where now? Well, no matter which alternate universe we've stumbled into, there's a lot of cool stuff on the horizon for the mobile market, not to mention nifty things in the very recent past! 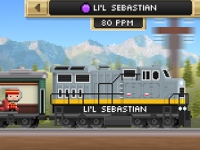 Pocket Planes vs. Trains - Are you playing Pocket Planes as much as we are? If not, check out our review to see exactly why you're missing out on some serious fun! Here's a neat fact about Pocket Planes: the game was originally going to be Pocket Trains! Developer NimbleBit released some screenshots (mock-ups, really) showing the land-based game being as cute as ever. The reason for the switch? Trains are limited to tracks, whereas planes can fly anywhere (except Mordor, one cannot simply fly there), creating that open-ended feeling of exploration the team was aiming for. We don't know about you, but having Pocket Trains in addition to Pocket Planes doesn't sound like a bad idea. There's just something timelessly attractive about trains. 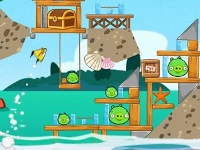 Angry Birds under the sea -
Remember the other day when you were thinking "I should be playing more Angry Birds"? Excuse time has arrived! Rovio recently rolled out the "Piglantis" update to Angry Birds Seasons featuring 30 all new levels to torture pigs in. Even more impressive is the new underwater physics engine that allows you to pop birds in and out of the water in a realistic way. It's impressive to see a feature like this roll out with an update, so be sure to check it out and see if you approve! 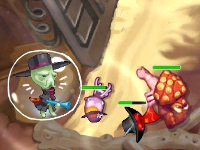 SQUIDS goes westward - The RPG-meets-tactics-meets-cephalopod game SQUIDS meet with serious approval when we featured both the mobile and downloadable versions of the release. The sequel, SQUIDS Wild West, is still in production, set for release within the next month or two. But we got our hands on a preview version, and we can confidently say, you want this game as soon as possible. The backdrops are simply gorgeous, putting most other wild west games to shame, and the game's mechanics feel like they've been tuned to an even finer grain of perfection. You can grab an early look by downloading the latest update for SQUIDS, featuring three levels set on a Wild West map. 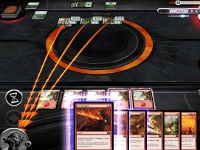 Magic the Gathering to iPad - Fancy yourself a bit of Magic the Gathering? The CCG from yesteryear is still going strong, with new sets and new video games coming out at a brisk pace. Some very exciting news is that Magic the Gathering: Duels of the Planeswalkers 2013 is headed for iPad, supporting Retina Display resolution and playing as close to a real life card game as you can get. It looks absolutely beautiful and is shaping up to be an end-all resource for MTG fans to get their fix in a digital form. Duels of the Planeswalkers is due out this week!

How much is MTG going to be? and how long before they force us to purchase "booster packs" to continue the game. Ascension already does this. I have a hard time with the money I spent just to find a "rare" card. I can't get wrapped up in this again.

Constant card buying is why I stopped playing real life MTG years ago. :-) I really, really hope Duels 2013 comes in at under $10. Most people are guessing that price, but it might start out on sale for $6.99. If we're lucky, of course. And as for the booster packs... yeah, that'll probably be quick out the door.

Well this was a pleasant surprise: MTG 2013 is free. With in-app purchases all over the place, of course.