A few big names are rolling out exciting mobile projects in the coming weeks, and not just big names in the mainstream gaming world! Sega's got some news to keep us cool through the summer, while Nitrome and NimbleBit have some pieces of excitement of their own to share! 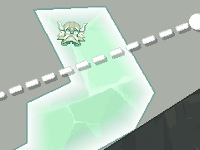 Nitrome to break iOS ice - Nitrome, the folks who make pretty much everyone's favorite pixel-gorgeous browser-based diversions, is preparing something special. Specifically, it's a mobile version of Ice Breaker built from the ground up for iPhone, iPad, and iPod Touch! All we know so far is that great things are planned and that the game is approaching completion. Ice Breaker iOS will support Retina displays and feature upgraded visuals, an explorable map, bosses, unlockable secrets, and a "proper" adventure. Ready to slice some ice? 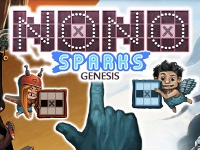 NoNoSparks Genesis going mobile - Love picross but want more laughter with your logic puzzles? NoNoSparks Genesis, the browser game from Beardshaker, arrived just a few months ago to fill that gaping hole. Now, the team reports it is working on a mobile version of the picross game specifically for iOS devices. No juicy details as of yet, just some excited players eager to get some puzzles solved! 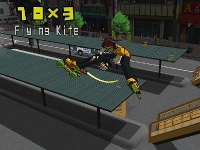 Jet Set Radio going mobile - Dreamcast owners and retro gaming fans will no doubt recognize the name of one of the most stylish graffiti-tagging arcade stunt games from the 90s. Now, Sega has announced the series will get both iOS and Android versions for the upcoming HD reboot. The portable Jet Set Radio looks almost identical to its console counterparts, but with the added bonus of using pictures you've taken as in-game graffiti. Look for the new Jet Set Radio games in the next few months!

Pocket Planes flies onward - For all of us still helplessly hooked on Pocket Planes, news of this update won't exactly be a surprise. But for everyone who managed to take a break, NimbleBit recently rolled out an update for our favorite casual sim, fixing a few bugs, tweaking a few gameplay items, and an in-game guide to help give new players a little push in the right direction. Be sure to check out our Pocket Planes review if you still haven't grabbed the free game, then look into our Pocket Planes walkthrough and Pocket Planes trading post when you're ready to go that extra mile.