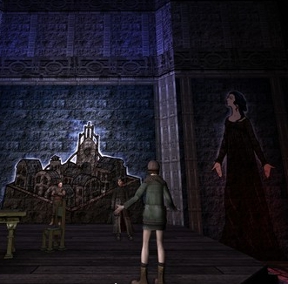 The game is played with [WASD] for movement and the mouse to look around, where [E] interacts, [I] opens your inventory, and [P] displays your character's status... important since fatigue, hunger, and even illness are factors in the gameplay. Except during important conversations, time is always passing, but while the game will often give you specific locations marked on your map to advance a particular plot point, largely you're on your own. The town itself is huge, and its people are more than a little quirky. You can expect to see a lot of strange and often unsettling things as you explore, and you'll often be faced with things you may not understand. As a result, you may want to save a lot, and in different slots, by opening the menu with [ESC]... it's possible to lose the game, whether by failing to accomplish something, or, well, dying. 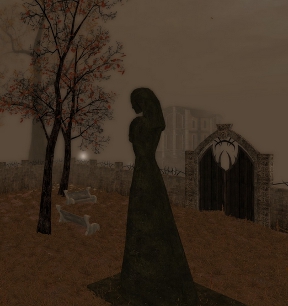 While Pathologic has always enjoyed a certain amount of fans and notoriety, the Classic HD version removes one of the biggest roadblocks to being more accessible to a broader potential player base by significantly improving its English translation. Part of Pathologic's charm, of course, has always been the dream-like, formally theatrical style of dialogue, and that hasn't changed. The story was always the driving force behind the gameplay, and Pathologic is dense in a very good way, requiring a lot of thought and investigation to get to the root of every character's motivations, and the things that unfold throughout the course of the game. While the in-game clock means you should always be doing something, it doesn't move fast enough that you ever feel like you don't have enough time to explore, and you often will need to in order to advance the game. Pathologic is very much "open world", and adding to that characters and situations that change drastically as time goes on means it can be hard to stay on top of things in the beginning. Players who prefer a more structured approach may be put off by the way Pathologic simply kicks you into the proverbial pool and watches you flail around without comment, but if you enjoy that style of gameplay, you'll find the water very deep here indeed. 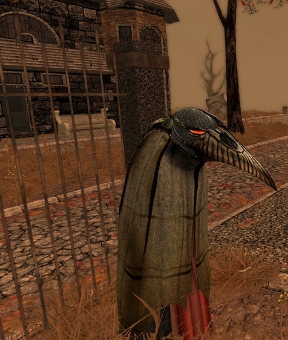 Which isn't to say that it's all fun and freaky games. The health related mechanics, such as food and fatigue, don't necessarily make the game more "realistic", just a bit more difficult, and while they're not exactly in the way, they don't feel particularly necessary either. The in-game tutorial characters don't really offer much in the way of help except to explain the basic concepts, so you'll have to figure out on your own how most of the controls and other gameplay mechanics work. It's an extra bit of floundering in a game that already can be something of an uphill climb to get into, but those who find Pathologic's world and complex morality and mortality intriguing will find it worth the effort. Each of the characters is worth playing through, not least because one of the three is locked until you finish one of the others, and you'll go a long time before you uncover everything the game has to offer. Though the visuals still look dated, which is understandable considering the game is now over ten years old, the Classic HD coat of paint makes everything look sharp. There's a certain beauty to its sickly yellow and orange hues, a haunting quality to its subtly otherworldly architecture and characters, to the point where you half expect to see Clive Barker strolling down the street. Pathologic is a strange and wondrous beast that won't be for everyone, but thanks to the Classic HD release, it's more accessible than ever. Be sure to keep your eyes open for the remake, which promises to make the game even bigger and more complex than ever before.

It's so great to see that there's finally a decent translation of this game! I bought it many years ago as a physical copy, on only the strength of the back of the box. After I started the game I immediately felt that it should definitely be just the sort of thing I would love, but I just couldn't get into it, and the one of the main reasons would be the translation. Since I found the game so punishing simply surviving day-to-day, and felt that there are a lack of pointers/hints as to how to proceed in the early game, I couldn't bring myself also to scratch my head over constant changes in tone and terms, and generally trying to penetrate an accidental extra layer of obfuscation on top of an already extremely mysterious and surreal story. I've tried to play the game three or four times over the years, but each time I ended up throwing in the towel before even a couple of hours had passed.

The developers have been talking about re-translating the game almost since its first English release, but when it was re-released on digital services a couple of years ago in a completely unchanged state, I basically gave up hope of that ever actually happening. I'm definitely going to check this one out.

The translation is definitely a huge improvement. I bought the original version on GOG a few years back and just couldn't get into it, despite, like you, feeling like I totally should. It's worth noting that the game's narrative has a very stage-and-theater flair... nobody states anything plainly, and sometimes you do have to occasionally re-read a line or two to grasp what's being said beyond the flowery flair. It's sort of like if Lovecraft and Hunter S Thompson conspired on dialogue together... very unique, and not everyone's bag, but for those who like it, it's absolutely stellar.