As you well know, new games are released everyday. So many, in fact, that it's impossible for anyone to play them all. This week we present a selection of downloadable platform games, one of the most popular genres of all-time. These aren't new games, however—they're just four nice games you may have missed before there was a Weekend Download. 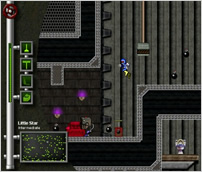 Janitor Dan The Spaceman (Windows, 2.2MB, free) - Really two games in one - a platform game where you spend most of your time in a hostile space station, cleaning the toilets, scrubbing mirrors and defending yourself against weird aliens. In between levels, you hop your spaceship between stations - choosing your own to fly to, and then clean. The pixelart graphics are top notch as well, adding depth and griminess to the levels.

Zep's Dreamland (Mac/Win/Linux, 3-5MB, free) - A puzzle/platformer which takes building blocks, logic and maybe even trial-and-error to complete the games 40 included levels. Construct helper blocks used to reach higher platforms, across ditches and through the mazey levels. This scores bonus points for having a level editor and an array of user-made levels for your additional downloading pleasure. 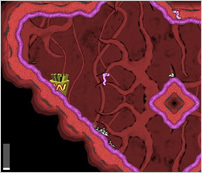 Worminator III (Windows, 6MB, free) - An open source explosive platformer featuring a mean, gruff, take-no-prisoners main character who happens to also be - a worm? Yes, in this post-apocalyptic run down world, the one shining beacon of hope is a squishy, pink, sunglasses wearing, machine gun wielding soft bodied invertebrate. Featuring deliciously decaying pixel art over a 15+ levels, Worminator is one not to miss (again).

Keith Goes Painting (Windows, 20MB, free) - The developer of this java-based downloadable painting/platform game appeared for just long enough to release the game, then disappear completely. Fortunately, mirrors of the game survive and hopefully further exposure will resurrect whoever made it for a sequel. Like Janitor Dan, your mission is a simple one made complex - paint the furniture and objects in a house. Unfortunately, tight passages, strange "pets" and very odd things lurk inside, under and on top of this house. Full exploration can only be achieved with all balloons which give the ability for higher jumps.

Great post, man. These look amazing, and I haven't played any of them before.

i can't dl worminator...
have a mirror?

can you post the controls for keith goes painting? theres no help file and no website for it. its a little annoying...

There's a tutorial level at the beginning of Keith Goes Painting, including all the controls.

Keith Goes Painting just uses up, down, left, right. A is jump. It's explained to you in-game with those little scrolling signs when you first start to play.

actually don't, that game is a travesty of platforming lameness. I would disappear too if i made that.

Has anybody else tried "Keith Goes Painting" in Windows Vista? It seems to install just fine, but then when I launch, it just lowers the resolution of the screen, hides everything else, and shows the big black window. I have to use the Windows key or Ctrl-Alt-Del to get it to snap out of it. Too bad, it looked kind of cool.

balloons don't seem to help you jump at all and get stuck on everything. Half the time you just jump up and hit your had on the balloon and actually end up jumping lower than you would have without it.

They're not extremely intuitive, but they are neccessary to find all of the secrets in the game. The more you have, the higher you jump. And yes, they get stuck on lots of things.

As for the vista issue, non-compatibility wouldn't surprise me as it was released in 2005.

And fatty, either you need to give it more time or you can play one of the other platforming games if you would prefer.

The links on the Worminator page seem to be broken for me. (aside from the registration one, which I don't want to join up to really...)

Zep's dreamland is annoyingly cutesy. The tutorial wound me up a bit too; It takes to long to try and figure out what to do....

The spaceman game seems fun, if not a little repetitive.

For .Ben and Kloi, plus whomever else would like an alternate link for worminator:
http://www.acid-play.com/download/worminator-3/

zep is cool, just do the block tutorial and skip the rest. im stuck on level 12 if anyone has hints. dan is ok, the space flight thing is too hard though, good thing you can continue...

JDtS won't run on Vista Ultimate, even in compatibility mode (I've tried using WinXP and Win98 options). The screen goes black, then reverts back to the desktop and the program closes.

If any of you have gotten it to run in Vista, can you provide some tips on what to tweak?

Zep keeps lagging for me :( anyone else have this problem?

Woah, I see Zep featured. I have had this for about two years (yes, it's that old, LOL). I can't remember where I got up to as I just play it every now and again. Fun little game. I haven't tried the others yet.

I've got Windows Vista Home Premium, all 4 work fine. Must be something else screwing it up. Or some specific other bit of Vista or something.

Zep is great, but i'm stuck at level 10. "almost there" is it called i remembere (i could be wrong). can someone give me a hint?

Ok scratch that, stupid me- I didn't notice there were several lessons in the tutorial- DUHHHHHH-

Hmm... I seem to be stuck on level 5 of Zep, The Architect. I can't see a way of getting to the exit if I can't build blocks while standing on already built blocks.

It also worries me that the only way to close the level editor is to kill it with control-alt-delete. Why would they gray out the close button? (Or not program the editor to have a close function...)

Zep is a real gem!
Help for those stuck: a website has a whole lot of screenshots for the levels. Just paste the following link in your browser :
http://caimen.be/forumpix/zepX.jpg
Replacing X by the level # you're stuck on. It should help without entirely spoiling your game...

Anyone know how to play, well, any of these in a window? I hate playing anything in a full screen if I can avoid it. I'm much too ADD for that.

Me too! Level 9! And the screenshots don't really help... (thanks all the same, Emojk :)

OK, here goes. The most comprehensive walk-through probably ever for level 9 in Zep's Dreamland (except huge chunks were reduced in a certain section to avoid wide-scale redundancy).

"up" block refers to a block you build while pressing the up arrow.

"down" block refers to a block you build while pressing the down arrow.

"across" block refers to a block you build ahead of you while only pressing space.

Hey thanks alot for that walkthrough AdamB. It really helped. Turns out I was pretty close to the answer in the first place and just couldn't see it. On to level 10!

About Keith goes painting... does anyone know the purpose of the big red telephone, and what is the number code for the vault? I've done and completed the game, except for these two things. =D