In the year of 20XX, a super compilation named the Mega Man Legacy Collection was released. CAPCOM and Digital Eclipse created the Mega Man Legacy Collection to compile the first six games of the Mega Man series in tribute to their favorite robot-son. Well, truthfully, one couldn't blame fans of the Rock Man for being a bit skeptical of this release. After the troubled development and even more troubled cancellation of Mega Man Legends 3, very little has been seen in the way of full releases for the Blue Bomber. Sure there have been fun fan-games like Mega Man: Day In The Limelight 2, and intruiging semi-official curiosities like Street Fighter X Mega Man, but when it comes to celebrating the character's history, you'd have to look to a different company and a work much more focusing on smashing and brotherliness, rather than the platforming and Robot Masters that the series is known for. And, of course, as a casual gaming site, we would be bereft not to mention series co-creator Keiji Inafune and the production of his strangely familiar-seeming Mighty No 9. Still, as the series is legally brought to the PC for the first time, the Mega Man Legacy Collection doesn't feel like the mercenary retro-cash-grab it could have. It feels like a true attempt at preserving of gaming history (let alone some really fun games) and, for the most part, the mechanical-heart powering its production appears to be in the right place. 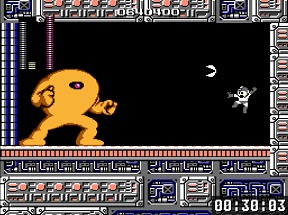 The simplicity and easy modifiability of the Mega Man premise is mostly to thank for the games' lasting appeal: in just about every main series iteration, you play as a robot-boy (the creation of the Santa-esque Dr. Light) fighting against the malevolent schemes of Dr. Wily. These schemes often take the form of the creation and malevolent programming of "Robot Masters", themed creations that stake out their territory at the ends of thematic, punishing, and thematically-punishing levels. You start with a simple Mega Buster Defeat a Robot-Master and you integrate its weapon into your arsenal (and, as it turns out, another Robot Master will be weak to another's weapon, rock-paper-scissors style), leading up to the final battle with a full arsenal. While the games, originating as they do in the NES era, are quite controller friendly, requiring only a minimum of buttons to map, they are perfectly playable with the keyboard: [arrow] keys to move, [X] to jump, [Z] to shoot (and, in later installments, charge your weapon), and [enter] to activate the screen that switches your weapon and activates special items.

The quality of the games rise and fall on the strength of the individual levels and Masters involved (my personal ranking, from least to most favorite, probably being 1, 4, 6, 3, 5, 2, but trust me, you find fans with just about every one of the 6-factorial possibilities), but they all have that timeless video game drive behind it: starting off weak, fighting and shooting with the whole world against you, gradually getting stronger, and, after so many lives and so many weapons, finally defeating the villain (and getting to rub it in their stupid villain face). Noting that some old-school elements show their age (the perfect jump-timing needed in some sections... the general lack of guidance in determining which order to tackle the levels... the aggressive lameness of Dust Man... The only concession is the utilization of a single save-state for each game, rather than futzing with passwords) is almost besides the point. The games are classics (every boss rush since owes them a debt of gratitude) and deserve to be legally available for modern audiences to enjoy. 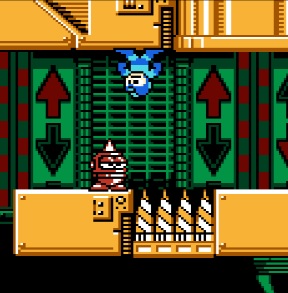 The question then, is, are these the same games that they were back then? Well, yes and no. Digital Eclipse's partial emulation, partial re-creation certainly looks like part and, overall, plays the part. A lot of the glitches, good and bad, are retained from the NES days, so some slack can be granted there, for sure. However, there's definitely some slowdown and flickering that feels like it wasn't there before (though I admittedly haven't dug out my cartridges to double check). Also, while the addition of the "Remix" time attack modes are a welcome addition, their online leaderboards (half the point of a time attack mode) nearly crashed my game. These strike me as issues to be patched, and if Digital Eclipse hopes to succeed in bringing more classic IPs to modern audiences, the eyes of the gaming community will be watching how the initial speed bumps are handled. Let's hope they are handled, and handled well.

Of course, nostalgia is a heavy cloud and Criterion probably didn't hit their first Laser-Disc out of the park either. Any disappointment is certainly mollified by the simple fact that hey, the games are here, the price is right, and they come with a museum mode with a lot of fun extras. Mega Man Legacy Collection may be more impressive as a whole rather than the sum of its component parts, but, to quote the first game's ending, the never-ending battle will continue until all destructive forces are defeated. It's good to know that now everyone has a chance to come along for the ride.

I can't help but feel that this was released by Capcom specifically to compete with the Mighty No 9 release next month.